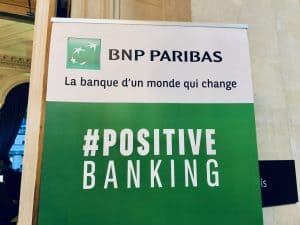 BNP Paribas (EPA: BNP), a French international banking group that’s ranked as the 8th largest bank in the world in terms of total assets (appr. €2 trillion), will be providing its Visa Premier cardholders the opportunity to update to a contactless fingerprint option for a €24 annual fee.

BNP Paribas began testing these cards, which use technology developed by Thales, with its customers during 2020.

These cards allow users to carry out contactless payments above the normal limit by simply placing a finger on the card at the point-of-sale (PoS). As confirmed by local reports, all customers will be offered these biometric cards at some point later this year. However, they will be required to pay an additional €24 in charges on top of their existing €134 annual card fee.

Like most other large institutions, BNP Paribas continues to expand and maintain its global operations despite the challenges created by the COVID-19 pandemic.

Yong-Haron has previously worked at Standard Chartered where he served as the Market Head for Greater China and North Asia for several years. Before taking on this role, Yong-Haron was working as the North Asia Head for RBC Wealth Management. Previously, Yong-Haron also worked with Credit Suisse and Credit Agricole’s private banking division.

BNP Paribas is also expected to redeem its legacy tier one bond in full during Q1 2021, as more banking institutions follow guidance from the European Banking Authority and begin clearing out older capital instruments.

BNP Paribas stated that it will call its $600 million 6.5% legacy tier one bond at par on March 6, 2021. The French lender has had the chance to redeem the debt during every quarter of the past 9 years, but reportedly skipped this call option back in 2012.