There is no question that reaching your crowdfunding goal is probably the number one priority for your product.

The problem is, how do you actually reach that goal?

That goalpost figure you’ve set for your project, the amount that will change your life?

Well, today’s episode features a guest who has run many successful crowdfunding campaigns and absolutely smashed their goal with their latest project.

Well, today’s episode features a guest who has run many successful crowdfunding campaigns and absolutely smashed their goal with their latest project.

Tune in and learn how you can too! 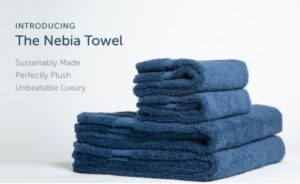 In this episode of Crowdfunding Demystified, you’ll hear Salvador Briggman talk to the creator of Nebia Towel, Philip, who discusses his success crowdfunding the project.

The goal of this product was to “make the world’s first towel made from repurposed pre and post-consumer recycled textiles.”

During the conversation, Philip sheds light on:

With Philip’s experience as a million-dollar Kickstarter creator and how transparent he is about his campaigns on the podcast, this is an episode that anyone preparing for launch would be crazy to miss!

Resources and Tools Mentioned on the Show

How To Raise £1M Fast (Crowdfunding Steps To Success!)