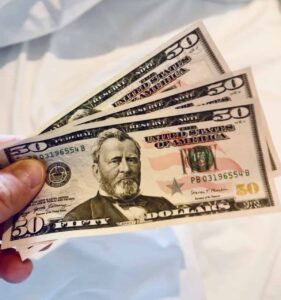 Solana-enabled venture platform SolRazr has introduced a decentralized developer ecosystem for the Solana blockchain, “comprising Launchpad, Accelerator, and Developer Tools,” according to an update shared with CI.

As mentioned in a release, SolRazr is specifically designed to serve as the “de-facto” fundraising and developer platform for initiatives currently building on Solana. SolRazr aims to “support the growth of decentralized finance (DeFi) on the high-performance network.”

Solana will be powering SolRazr in order to assist projects with securing funding at a fast speed, and to help investors “contribute at negligible transaction costs,” stated Sreekanth Kalapur, Co-Founder at SolRazr.

Kalapur added that the platform is fast and inexpensive. He also noted that it’s secure and bot-proof, offering “fair and truly decentralized allocations for the SolRazr community.” He further explained that SolRazr is “not just a launchpad” and that they’re “building a platform with a host of developer tools to help anyone build fast on Solana.”

SolRazr will have a special allocation model for retail investors, “leveraging NFTs on Solana,” the announcement revealed while adding that as a Proof-of-Stake (PoS) blockchain with a pBFT-derived consensus mechanism and 200 nodes “operating worldwide,” Solana is capable “of 50,000 transactions per second (TPS) thanks to its coordinated optimizations.”

Transactions are also “processed in parallel by GPU hardware natively, with Solana being the only multi-threaded blockchain in the industry,” the release noted.

Blockchains and digital currencies are starting to go mainstream with the rising interest from institutional players, according to SolRazr Co-Founder Vijay Kalangi.

But we are in the early stage and “not even at 1% of global tech adoption in digital assets and projects,” Kalangi said.

“Watching SolRazr develop into the platform we have today has been truly amazing. We’re only just scratching the surface of what the full-service SolRazr ecosystem is capable of, and we’re looking forward to unveiling that shortly.”

SolRazr has finalized a $1.5 million round from Moonrock Capital, Ascensive Assets, and Morningstar Ventures.

“Moonrock Capital is thrilled to be part of the SolRazr journey. SolRazr and its core components have been created to address several adoption-critical needs of the Solana blockchain ecosystem. It is a platform designed and developed by a leading team of experts and blockchain veterans.”

SolRazr provides experienced builders with “an ideal platform to raise funds and innovate on Solana, and for investors to participate in the ecosystem,” according to Ascensive Assets’ Managing Partner Oliver Blakey.