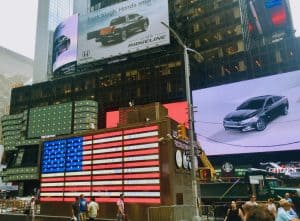 While the United States still attracts plenty of foreign direct investment (FDI), there are some ominous signs within the 2020 numbers, analysis from MoneyTransfers.com reveals. The platform analyzed data from the Organization for Economic Cooperation and Development (OECD).

Businesses and entrepreneurs alike understand that the best investment opportunities are not always in their home country, so they pursue worthwhile investments in foreign countries. Known as inward foreign direct investment, it can significantly boost the economic prospects of a recipient country.

Luxembourg is the highest-ranking European country in fourth place. In 2020, its economy benefited from an injection of $62 billion of inward FDI. From all the countries analyzed in the research, Luxembourg experienced the greatest year-on-year increase (319 per cent) in FDI inflows, as $47.2 billion more was generated than in 2019.

Germany ($35.6 billion) and Ireland ($33.3 billion) are among the other countries which gained more than $3 billion each from inward FDI in 2020, respectively ranking fifth and sixth.

Interestingly, from the assessed countries, Finland in 29th position is the country which suffered from the biggest fall in year-on-year inward FDI at 81 per cent. In 2020, FDI inflows in the country equated to $2.6 billion – significantly less when shadowed against the $13.5 billion that was generated from inward FDI in 2019.

At the other end in the 33rd spot is Lithuania, as the country only amassed $478 million from inward FDI in 2020. This signified $722 million less from inward FDI last year when comparing 2019 figures to 2020 figures.

Overall, 28 out of the 37 countries reviewed for the research experienced a year-on-year decrease in inward FDI in 2020.