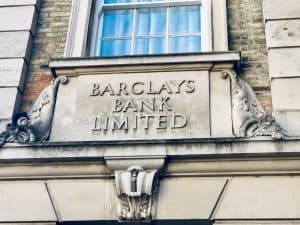 UK-based LendInvest, an asset management platform that’s focused on property finance, has reportedly committed to £150 million partnership with Barclays and HSBC in order to get funding to property developers.

The agreement will see the banks provide financial assistance to specialty short-term mortgages via LendInvest’s digital-first platform, which aims to assist borrowers with accessing property finance within a few business days.

“LendInvest is one of the leading fintech property lenders in the UK and their knowledge, expertise in the property lending market, and technology-enabled offering makes this a terrific partnership.”

This deal has been unveiled only a few weeks after LendInvest listed on the London Stock Exchange (LSE).

As covered recently, property finance platform LendInvest has announced several changes to its Buy-to-Let offerings, including rate reductions across standard properties and HMOs.

The lender’s five-year 75% LTV product has been reduced to 3.20% for standard properties.

As reported, LendInvest has received the highest possible rating from a European rating agency for the seventh consecutive year, according to a note from the company. For the 6th year in a row, ARC Ratings affirmed its SQ1 Servicer Quality Rating for LendInvest following a review of the company. The agency assessed and rated the processes used by LendInvest to underwrite and service property loans.