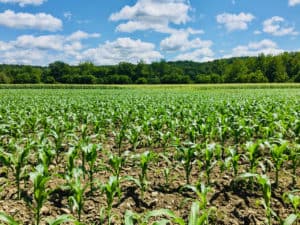 Small Robot Company, which intends to bring PerPlant farming to the world’s largest crops with a “unique” level of intelligence and “precision” to a $240 billion/year sector, has secured £3,434,851 of its £2,000,000 target (at the time of writing) from 1974 investors via Crowdcube.

As mentioned in the announcement, Small Robot Company has customers including Waitrose and National Trust, and they’re commercializing their patented R&D.

Here are some key business highlights shared by the company:

“Regarding EIS eligibility, HMRC have now provided Advanced Assurance and guidance on the eligibility of tax relief for investors from the Future Fund (CLN) round.”

As mentioned in the update:

“Our robots, Tom & Dick, will monitor and treat arable crops autonomously. Identify, locate and gather data on an individual plant in a field and treat that data point differently to the one next to it. Tom is our commercial autonomous mapping & monitoring robot.”

As stated in the update, Per Plant data is “processed for insights at a field scale. Building a detailed picture of crop health.” Farming of arable crops is currently “economically and environmentally unsustainable.”

As noted in the update, Goldman Sachs “estimates the market for AgTech will be $240bn by 2050 (up from $5bn today) in the $5trn global food and ag industry.”

“We have delivered on promises from previous Crowdcube rounds. Since our last raise, we have commercialised our per plant monitoring service for farmers in Wiltshire using our Tom V3 robots, built by leading robotics manufacturer, Tharsus.”

“We believe our Per Plant approach to be unique in the markets in which we are focused. We have demonstrated our ability to kill weeds autonomously using electricity, and will be trialling this with customers next season. We are in early stage discussions with three of the world’s largest seed and nutrient companies, to use our PerPlant intelligence to monitor their trial plots.”

They further noted that they currently have a waiting list of farmers, “with 20 paying a £5,000 deposit, 17 investing £10k or more and have received more than a 100 expressions of interest.”

In total, they’ve secured over £400k from farmers, “demonstrating the readiness of this industry to embrace change.”