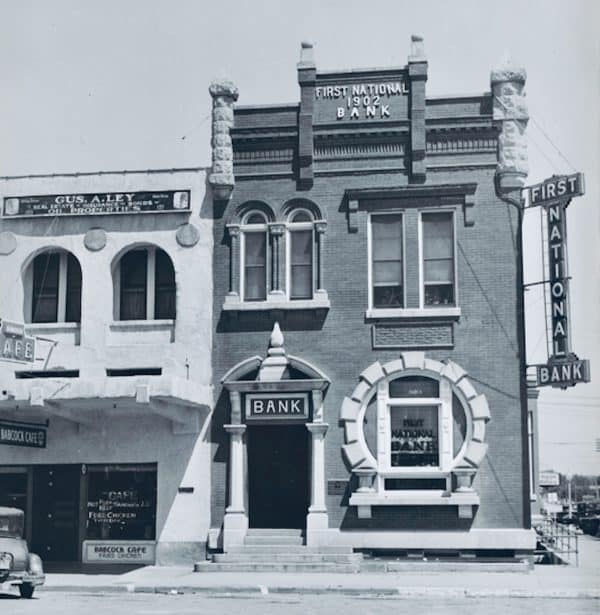 Last week it was reported that KeyCorp (NYSE:KEY) is planning to introduce a version of its digital banking platform to serve the needs of healthcare workers. The new digital bank solution may be rolled out on March 30, 2021, which is National Doctors’ Day.

The $170.4 billion-asset firm is now hoping that the digital bank will allow its Laurel Road subsidiary to strengthen business relationships with physicians, dentists, healthcare assistants, and nursing staff. Laurel Road, which Key acquired back in April 2019, reportedly originated $2.3 billion worth of loans last year, which notably includes around $590 million during Q4 2020. Taking a page out of the SoFi playbook, Laurel Road bank will target doctors and dentists for loans. Typically this segment earns a high salary while carrying expensive student loans in need of refinancing.

Key’s actions are indicative of a larger theme where establishment financial services firms are seeking ways to not only maintain relevance but to transition to digital-only services. The announcement by Key of its bank for doctors was joined with the revelation that Key is shuttering dozens of bank branches as it looks to reduce cost and move away from its historical model.

As covered in March 2020, Capital One Financial Corporation (COF), a major US-based bank holding company focused on offering credit cards, auto loans, banking, and savings accounts, had announced that it was preparing to close down 37 of its physical branch locations across the country.

The company had noted in March (following the COVID outbreak) that the increased focus on digitization led it to submit applications, with the Office of the Comptroller of the Currency, to shut down many of its brick-and-mortar locations.

Capital One is headquartered in McLean, Virginia and it’s the 11th largest bank in the US in terms of total assets.

At that time, Derek Conrad, a Capital One representative, revealed that the bank’s clients are “increasingly engaging with us digitally.”

Even before the Coronavirus crisis, Minnesota-based US Bank announced in September 2019 that it will be closing its downtown branch and one of its two physical branches in Tucson. US Bank’s management also said back in 2019 that three of the institution’s eight local branches (located in Safeway stores) would also be shut down.

Both large banks and smaller regional firms are looking to reduce the expense of running brick and mortar locations that are increasingly irrelevant but still play a role for an older clientele. Consumer behavior is definitely changing with COVID only accelerating the ongoing shift towards all-digital platforms and services.

Larger banks are facing increasing competition from leaner, more agile Fintech challengers, so adopting a “thin branch” strategy may work well as part of Key’s overall digital transformation roadmap. But that may not be sufficient to keep pace with the fast-evolving Fintech market. It has become quite challenging to maintain a large physical presence in a COVID-infused world.

Banqsoft recently commented on the need for traditional banks to experiment more and target specific niches – something outside many banks’ comfort zones. According to Banqsoft CEO, Terje Kjøs, “banks need to start looking for new financial products to optimize and diversify their business:”

“But a scenario we are seeing more frequently is a traditional bank launching a parallel specialized product, yet then implementing outdated processes and ways of working. These initiatives don’t reach their full potential, as the bank is not able to move quickly with the market.”

Change can be difficult.

While this new environment may seem like an ideal time for challenger banks to capture a larger market share, some Fintechs have reported that they’re struggling to generate profits. Australian digital bank Xinja was recently forced to shut down because it was no longer feasible for it to continue operations during these unprecedented times. Meanwhile, Monzo founder Tom Blomfield recently stepped down from his role at the UK-based neobank and industry participants are now concerned that Monzo is struggling (like Xinja). There had been reports earlier that there were “material concerns” about Monzo’s ability to continue to maintain operations – minus more capital. Regardless of the challenges to turning the profitability corner, more digital banks (or neobanks) offering diverse digital-only services are entering the market than before.

But competition between Fintechs and incumbent banks is key to innovation and providing better services at a lower cost for consumers as well as small businesses. While certain policymakers worry that non-traditional lenders and digital-only operations are insufficiently regulated this tends to be far from the truth. Most Fintechs operate in partnership with regulated banks (in the US) while a growing number are seeking national bank charters our pursuing bank licenses that will level the playing field between traditional participants and emerging Fintechs.

So where does this all go? Some traditional banks will fail to survive and will be compelled to sell or merge. The same can be said of digital banks, or neobanks, looking to usurp market share from brick and mortar. It is certain that competition will create new services, features and niche products that have never been provided by old banks. Policymakers or regulators that cannot comprehend this phenomenon will be doing their constituents and stakeholders a disservice.