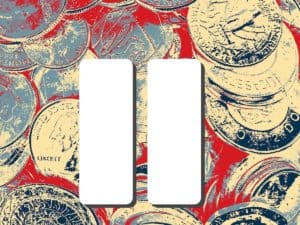 Coinbase confirmed that it agrees with FinCEN that “a regulation of this breadth can only benefit from more public participation in its development.”

Only days after FinCEN had reopened the comment period, President Joe Biden took office and proceeded to order all agencies to pause “all pending rulemakings including this one,” Coinbase noted. (See Ronald A. Klain, Memo. For The Heads Of Executive Departments And Agencies, Regulator Freeze Pending Review Jan. 20, 2021).

“Specifically, the memorandum instructs agencies to ‘immediately withdraw’ rulemaking, including the notice of proposed rulemaking and open comment period here: ‘With respect to rules that have been sent to the OFR but not published in the Federal Register, immediately withdraw them from the OFR for review and approval’ by ‘a department or agency head appointed or designated by’ President Biden. The reference to ‘rules’ expressly includes ‘any substantive action by an agency (normally published in the Federal Register) that promulgates or is expected to lead to the promulgation of a final rule or regulation, including … notices of proposed rulemaking.’”

US President Joe Biden’s nominee for Secretary of the Department of Treasury, Janet Yellen, has also publicly confirmed to the US Congress that this particular rulemaking should and will undergo “a full and substantive review.”

“I am aware of the rules proposed by FinCEN in December 2020 regarding how certain digital assets are treated under the Bank Secrecy Act. I agree on the need to ensure adequate consultation with and input from stakeholders[.] If confirmed, I intend to ensure a full and substantive review of the proposals, which will include an assessment of how to ensure proper input from stakeholders.”

Coinbase also noted that “as of the date of this letter, the comment period remains open and states that there are just days remaining in the comment period.” The exchange also mentioned that “this is likely to create significant confusion about whether or not comments are in fact due, preventing the public engagement that FinCEN is rightly seeking in this new comment period.”

As noted by Coinbase, “in fact, industry publications have already reported that the rulemaking has been ‘frozen’ due to the Executive Order.”

“Therefore, Coinbase writes to request that FinCEN formally close the open comment period and ‘withdraw’ the notice of proposed rulemaking in accordance with the new administration’s instructions, and advise the public as soon as possible that no comments are currently due.”

The US-based exchange also pointed out that the White House-directed pause on the current rulemaking is also “consistent with Congress’s recent instructions to Treasury in the Anti-Money Laundering Act of 2020 — the authority newly cited by Treasury as support for the proposed rulemaking when the comment period was extended.” (See AMLA § 6204–5)

“The Act took effect on January 1, 2021, and requires Treasury to review and report to Congress whether any aspects of the existing reporting requirements related to currency transaction reports (CTRs) and suspicious activity reports (SARs) should be changed to ‘reduce any unnecessarily burdensome regulatory requirements and ensure that the information provided fulfills the purpose’ of being ‘highly useful.’ Id.; 31 U.S.C. § 5311, as amended by AMLA §6101(a).”

“These reports are central to the current proposed rulemaking and the extent of their usefulness was a topic of significant public concern in the first comment period. Any new CTR regulation on cryptocurrencies would benefit from the reasoned analysis and conclusions from this Congressionally-mandated review. The required regulatory pause gives FinCEN the opportunity to do that.”

As confirmed by Coinbase Chief Legal Officer Paul Grewal, during this period of regulatory pause, Coinbase would “welcome the opportunity to engage directly with FinCEN on these topics.” The exchange further “offers to assist in coordinating industry or public engagement meetings with FinCEN as well.”

“This could include informal feedback sessions with Treasury representatives, similar to what occurred when the Treasury considered proposed rulemaking for customer due diligence. See Customer Due Diligence Requirements for Financial Institutions, 77 Fed. Reg. 13,046 (Mar. 5, 2012).”

Grewal also noted that if FinCEN, however, does “not intend to pause the existing comment period despite the White House’s instructions, Coinbase respectfully requests a formal public statement explaining that decision so the public knows that comments remain due.”

“And at a minimum, the open 15-day comment period related to the CTR proposals should be merged into the longer planned 45-day comment period on counterparty and recordkeeping requirements. See Requirements for Certain Transactions Involving Convertible Virtual Currency or Digital Assets, 86 Fed. Reg. 3897 (Jan. 15, 2021).”

“As it stands, the current 15-day comment period is again far too short to address the significant security, efficacy, cost, and implementation concerns. There is also no real way to divide the analysis needed between the two areas of proposed rulemaking without substantial duplication of work.”

“Thank you again for FinCEN’s willingness to further engage the public on these important topics. Coinbase agrees with Nominee Yellen that the United States needs ‘a regulatory framework that fosters innovation and promising new technologies while addressing legitimate concerns.’ Finance Committee Questions for the Record, Hearing on the Nomination of Dr. Janet Yellen, at 87 (Jan. 21, 2021).”