Normal conversations are energetic and messy. You and your friends might talk over each other, interrupting each other with new ideas and clarifying questions. Which means that if you and your friend don’t speak the same language, a traditional translator would slow down your conversation to the speed of a walkie-talkie. Helpful, but not exactly a replacement for a fluid chat.

The Timekettle WT2 Edge is the first in-ear translator that preserves the nuances and flow of a natural conversation. The WT2 Edge are bi-directional simultaneous translation earbuds that translate in real-time as you speak and listen, delivering what you said to your listener’s ear in as little as 0.5 seconds with up to 95% accuracy in 40 languages and 93 accents.

We sat down with the Timekettle team to learn more about how they made a working Babel fish and how they hope to foster more connections worldwide by breaking down language barriers.

Who are the team members of your project? What’s their story?

Timekettle was founded in 2016 by Leal Tian, who was named to the Forbes China 2018 30 Under 30 list. Over the past four years, the Timekettle team has acquired a number of rising stars: Doctor Liang Tian, who works in neural machine translation; Wei Shiei, one of the leading experts in the vector voice algorithm field; Yuman Wang, a software and hardware architect with over a decade of experience; and Alex Qin, a serial entrepreneur who has generated millions of dollars with his business successes. Timekettle has become an open and international start-up, and our staff includes specialists from Japan, the United States, France, and more. 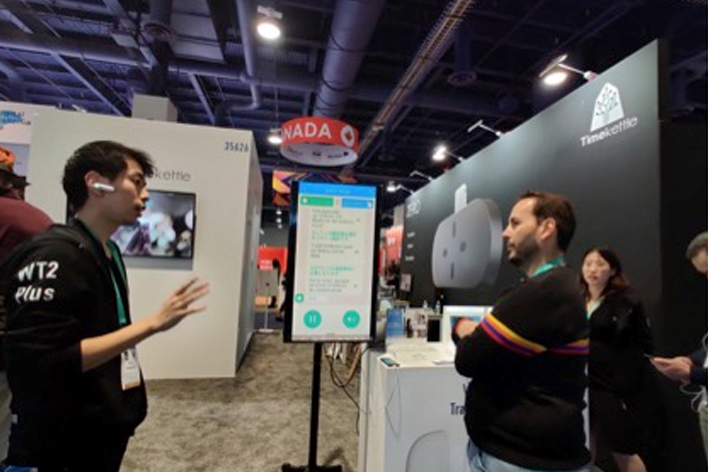 How did it all begin?

We knew we could make a handheld translator faster than an in-ear style, but we believe the cross-language conversation is more than the translation itself. A face-to-face conversation involves exploring and enhancing a relationship from start to finish, and we knew that our design would determine whether our translator would push the conversation forward or hold it back. The in-ear translator seemed to be the best way to achieve our goals, but we lacked a technical solution to make the concept a reality. We re-rooted codes and architected the software and hardware. We spent more than one million dollars and worked on it for a year and a half, but we still failed. We thought about abandoning the in-ear concept and reverting to a handheld translator instead, but we believed in designing a product that made the conversation so natural, it was like the translator wasn’t there at all.

We were lucky: We broke through our technical bottleneck and created a wearable, in-ear translator in 2018. Timekettle WT2 series Translator earbuds are still the best experience translator in the world. We appreciate the backers who supported Timekettle’s product idea, and media outlets like Techcrunch who introduced our idea to the world. They inspire us to feel what we’re doing is worthy. We’re excited to help people break the language barrier in a new way. 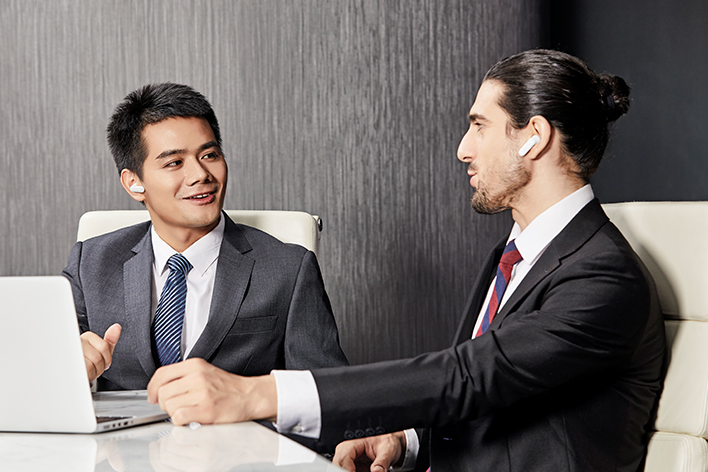 How did backer feedback help you make this latest version of your earbuds?

Over the past year, more than 100,000 backers and users from 89 countries and regions have used the WT2 Plus Translator. We received thousands of emails with feedback on the product that helped us design new features. We’ve created a more intelligent voice pick-up capacity, and we also released a feature that allows people to chime in while the other person is still speaking. With other translators, speakers have to wait their turn to talk, but that isn’t how a real conversation happens. Simultaneous Mode lets people speak more naturally. It also enables people to use the Translator in places where there might be a lot of background noise, like streets, restaurants, shopping malls, and more. We’re excited to showcase these features with our new model, WT2 Edge.

Can you briefly explain what your product is?

Timekettle WT2 Edge Translator Earbuds are the world’s first two-way translation earbuds, meaning you can speak and hear other people’s translations at the same time. The vector noise reduction and bi-directional simultaneous translation make our earbuds different from other existing translators. The WT2 Edge effectively prevents interruption from the external environment and improves translation accuracy significantly to give you a natural and fluent conversation with your friends around the world.

What are you raising funds for? What is the purpose of your campaign?

It takes years to transform our ideas into a final product. Indiegogo is a global platform for innovative products from all over the world where we can receive feedback from backers around the world. Crowdfunding for the product allows us to continuously update the hardware and improve the software to bring our customers a refined user experience. 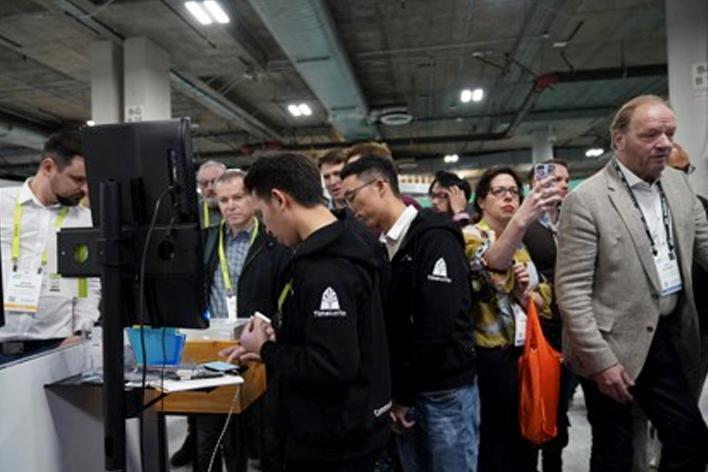 What inspired you to make your product?

Our team was inspired by the Babel fish in The Hitchhiker’s Guide to the Galaxy. The Babel fish is small, yellow, and leech-like, and probably the oddest thing in the universe. When the main character, Arthur Dent, puts it into his ear, it translates the universe’s languages for him and allows him to finish his exploration of the galaxy.

We wanted to make a real-life Babel fish — something that made communication between people who speak different languages as easy as it was for Arthur Dent. We believe that communication is connection. Translation is about more than words: It’s expression, eye contact, and body language. The WT2 Edge expands on its predecessors to make connections even easier.

Why did you choose to do crowdfunding?

Language barriers have divided human beings for thousands of years. For most people, language translation is very expensive. Plus, it’s difficult to find a good interpreter. And learning a new language yourself is time-consuming and hard to do well.

In 2016, artificial intelligence technology was growing fast and neural machine translations were already being used in travel, social networks, business communications, and more. However, very few people were paying attention to the industry back then, and they didn’t realize that this new technology could be turned into a wearable device and bring consumers a cost-effective translation experience. We knew we wanted to launch our Translators through crowdfunding to find our early adopters.

Crowdfunding backers are engaged and supportive. They’re passionate about sharing their ideas for how to optimize products, and passionate about telling their friends and family about a product they backed. Through crowdfunding, we build the Timekttle brand together with our backers.

What have been your biggest challenges so far?

2020 was an unstable year, and the pandemic has restricted most of our international travel. Timekettle is also a startup, and as a new company, our staff’s time is limited. While some companies were spending 2020 changing directions and putting their efforts into new businesses, our team was working hard to improve our translating system to create an accurate and stable technology that encompasses multi-lingual support. We believe in our mission because of the encouragement, love, and anticipation that we see in our backers all over the world. We made our Translators because we believe that language barriers should be overcome.