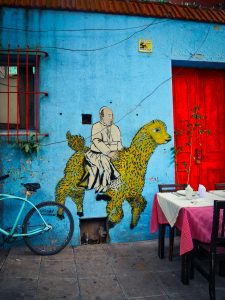 Argentina-based Fintech firm Ualá is reportedly expanding its operations and overall presence in Mexico via the acquisition of domestic bank, ABC Capital.

The transaction, which is currently subject to government approval, should allow Ualá to move into different business segments.

Pierpaolo Barbieri, CEO at Ualá, stated that their commitment to financial inclusion in Mexico is “absolute.” He added that they come to revolutionize or streamline the market with innovative technology, improved access and greater transparency.

The firm launched its business operations in Mexico in 2020 and intends to invest as much as $150 million in the nation during the next 18 months.

In August of this year, the Fintech firm acquired $350 million in capital at a $2.45 billion valuation. It was notably the largest private investment round ever for an Argentina-based firm.

As covered, Ualá’s Series D investment round had been co-led by Chinese tech giant Tencent and the SoftBank Innovation Fund, along with contributions from Goldman Sachs, Soros Fund Management, Ribbit, Greyhound and Monashees.

As of August 2021, Ualá reported issuing over 3.5 million cards in Argentina and in Mexico, where it began offering services in 2020.

With the latest capital injection in place, Ualá’s management noted that they’ll be investing in their products while expanding their team from around 1000 professionals to 1500 by the end of 2021.

The virtual banking startup, founded by Harvard University graduate Pierpaolo Barbieri, may also expand its business operations into Peru, Paraguay, Colombia, Chile, Europe, and the US.

In June 2021, the firm’s management stated that they had been trying to expand operations via the acquisition of competitor Wilobank, which is the first all-digital bank approved by the reserve bank of Argentina.

Less than 6 months after its launch in Mexico’s markets, the Argentina-based Fintech firm Ualá had managed to issue over 100,000 debit cards in the country (as of April 2021).

Alternative Funding Strategies for Your Businesses