Automated Market Maker Functionality Is Now Live on Stellar, a Blockchain based Platform for Cross-Border Payments 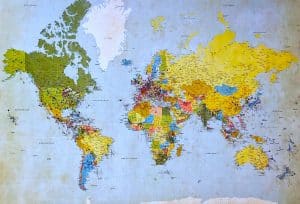 On November 3, 2021 (at 15:00 UTC), Stellar validators had reportedly voted to upgrade the network to Protocol 18, which adds Automated Market Maker (AMM) functionality to the Stellar protocol.

As mentioned in an update shared with CI, this makes Stellar one of the earliest Layer 1 blockchain or distributed ledger tech (DLT) platforms with a protocol-native feature for AMMs.

The update also noted that liquidity pools (LPs) may be created on Stellar without needing smart contracts — “the most common AMM implementation to date — and without the high gas fees transactions require on other networks.”

Users are now able to access products and interfaces implemented by ecosystem developers to deposit into LPs, thus helping to established liquidity for cross-asset conversion.

Cross-border transactions leveraging AMMs will aim to utilize LPs if the rate is better than what may be available via Stellar’s decentralized or non-custodial exchange.

Trades carried out against a liquidity pool will get the “best available rate” on Stellar, to the benefit of those making cross-border payments and the LPs. The liquidity pools “retain a 0.3% fee on transactions that is distributed to liquidity providers,” the announcement noted.

The Stellar Development Foundation has reportedly prioritized enhancing liquidity in their 2021 Roadmap. Stellar is “optimized for cross-border payments and asset issuance, so market liquidity to enable quick and efficient asset conversation is fundamental to the network’s success,” the announcement explained.

As stated in the update, enabling AMM functionality has “the potential to help the network thrive and grow by making liquidity provision an accessible, simple, and inclusive process.” It is one approach SDF has “prioritized to democratize liquidity provision and make asset conversion more efficient.”

The update also mentioned that SDF took a unique approach to this network upgrade, “sharing technical documentation and access with developers early on.”

SDF development teams “coded AMM functionality with input from the Stellar ecosystem and put together documentation and tools that developers could use to build their AMM products and interfaces at the same time.”

The announcement further noted that ecosystem developers were able to “start building user interfaces that became accessible at the same time the protocol upgrade was approved.”

“The introduction of AMM functionality may prove to be a defining moment for Stellar. For the first time, a range of independent participants from across the ecosystem worked hand-in-hand with protocol and API developers to implement a new feature in advance of a network upgrade. We’re excited at the potential their products and services have to boost network liquidity, make liquidity provision more inclusive, and further Stellar’s ability to improve equitable access to the world’s financial infrastructure.”

Select interfaces built by ecosystem developers are currently available and in use, the update revealed.