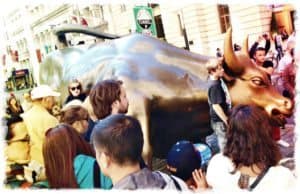 The younger you are, the more warm you are to using social media-based payment apps, new research released this week by GoCardless suggested. The payments infrastructure provider recently surveyed 1,000 American adults about their payment preferences.

“The pandemic caused major shifts in the ways we move money and pay for goods and services, with younger generations leading this new wave of alternative payments,” said Hiroki Takeuchi, co-founder and CEO of GoCardless.

“Given the distinct preferences of millennials and Gen Z, banks should pay close attention and find ways to incorporate new online payment options, ones that provide the speed and ease consumers are looking for,” said Takeuchi. “If not, these cohorts may leave them entirely.”

Currently, 57 per cent of Americans say they like to use social media-based payment services such as Facebook Pay and Google Pay to make purchases and transfers. That rate hides a generational divide, however. Nearly eight in 10 millennials (78 per cent) and Gen Z (79 per cent) use these services while only 53 per cent of Gen X and 21 per cent of boomers do.

The pandemic has also increased adoption, as 51 per cent are now more likely to use peer-to-peer apps such as PayPal and Venmo than before the pandemic. Millennials (69 per cent) and Gen Z (65 per cent) are leading the way with Gen X (44 per cent) and boomers (27 per cent) less willing. Despite the preferential differences among generations, America is becoming increasingly digital. Already, 56 per cent of individuals aged 18-40 make a digital payment at least once daily.

Businesses must adapt their customer experience to meet the expectations of millennials and Gen Z or they could lose their business, as 85 per cent of Americans said they would abandon a purchase if the online checkout process took too long.

Even though most Americans are already more comfortable using online payments than they were before the start of the pandemic, 35 per cent are concerned about the lack of regulation, with 41 per cent of Gen Z saying the lack of regulation is the reason why they wouldn’t switch fully to P2P and social media app payments. More than half, 53 per cent, of Boomers think app-based payments are not as secure as traditional banking.

Still, the growth is clear: 35 per cent of Americans opened an online-only bank account during the pandemic. Millennials lead the way with 51 per cent having done so compared to only seven per cent of boomers.