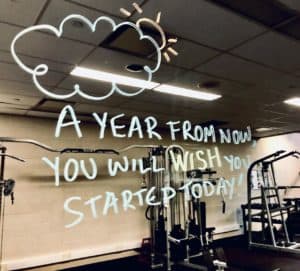 Distributed ledger technology is capable of having a tremendous impact on the efficiency of capital markets, and for Standard Bank Group, Africa’s largest bank by assets under management, it will start with its fixed-income division, DLT innovation analyst Gideon Rossouw said.

Rossouw recently listed 10 reasons why he sees distributed ledger technology as transformative. He stressed any change for most financial markets players is difficult for many reasons but beginning with the challenge of updating legacy systems while remaining operational.

“To introduce change into that environment is a very tedious process because anything you want to change you need to make sure that everything that is running still continues to run after every small change that is implemented,” Rossouw said. “You get to the point where wholesale replacement front and back of your tech stack while still servicing customers and delivering new capabilities and setting up the company for the future is very tedious.”

That is one of the reasons distributed ledger technology excites Rossouw so much. Businesses can move processes into their tech stacks without worrying about a number of interim integration processes. They can create significant pieces of functionality in short time frames because they do not have to integrate and maintain a large group of legacy systems and capabilities. A system can be created in parallel and dropped into operation when it is well-developed and brings sufficient value.

“They can effectively make this decision and transfer their business to this new context rather than putting their current plan and current roadmaps to meet regulatory requirements and ensure their thinking remains relevant,” Rossouw said.

Distributed ledger technology is what makes this easier transition possible, he explained. They can replace clunky legacy systems in a fraction of the time and cost it would take to implement others.

But skepticism in the banking world remains, Rossouw cautioned. Those in the tech sector see where we are headed, but others worry. Standard Bank Group is using distributed ledger technology to improve its bond management systems and they will have to convince asset managers wary of regulators that this new system is compliant.

“They need to be registered and listed on a registered exchange, an acknowledged financial market exchange,” Rossouw said.

It is still a laborious process to create this marketplace, register it on an exchange and convince asset managers to invest in those products. Rossouw estimates it will take another year or two’s worth of conversations with potential market participants before the system matures.

And play the long game, Rossouw advised. For Standard Bank, this begins with bonds, which are a small component of the overall market. Let people get comfortable with the processes and technology than work with regulators to build those rules which allow for new technologies that improve the overall systems.

Another reason technology adoption is slower is trust, Rossouw observed. Market competitors and even central banks tend not to trust the work done by others. Each central bank developing a CBDC has its own proof of concept even though they are mostly reinventing the same wheel.

There’s another plus for distributed ledger technology, Rossouw said. You can introduce all sorts of mechanisms to protect you from doing business with others whom you do not trust. Real-time settlement capability frees you from other worries around settling margin accounts.

Other benefits of distributed ledger technology begin with the ability to create systems with distributed ownership and responsibility that reward participants for the business they conduct in that system while lowering costs and complexity. Fractional ownership capability offers access to millions of retail investors. Improved transparency and trust offered by distributed ledger technology could encourage more investors to look at emerging markets.

Instead of three-day settlement periods, investors can see finality in seconds, aided by coded logic which guarantees ownership at the time of the trade agreement, Rossouw said. That eliminates settlement risk with the trade counterparty. Those contracts can also have governance and regulatory oversight embedded within them. New business opportunities, increased participation due to affordable technology, enhanced liquidity and global accessibility are other plusses.

Standard Bank is using Hedera Hashgraph to develop its system, Rossouw said. Financial markets process millions of trades each day and Hedera can efficiently function at such high volumes.

“You can’t process only two trades a second,” Rossouw said. “You need to have a mechanism where you deal with the volume.”

Another reason for Hedera is its pricing model, which is tied to the US dollar, Rossouw said. If your goal is to democratize markets and offer new opportunities like fractional bond ownership, Ethereum’s fees will stop you before you start. Hedera brings the predictability the markets need.

Hedera also has mechanisms to efficiently address any issues with the transactions, Rossouw said. If an issue arises with a smart contract it’s cumbersome to address. Things do go wrong and if the relationship is defined by the terms of a smart contract, it’s hard to resolve problems.

“For me, from a maintenance perspective the Hedera solutions are just a lot more flexible and usable than using smart contracts and Etheruem,” Rossouw said.