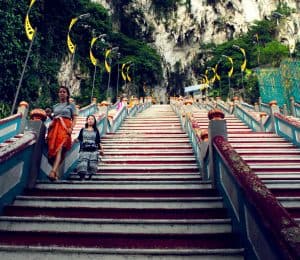 Kita Jaga, a digital social mobile app meant for supporting individual consumers and families that may have been affected by the COVID-19 crisis, is planning to secure RM 200,000 (appr. $48,500) via a charity crowdfunding campaign to be conducted on GlobalSadaqah.

As first reported by Fintech News Malaysia, the capital acquired will be used to improve the project’s overall sustainability and financial viability and to further scale its business operations.

In addition to the Malaysian platform, Kitajaga App founder Reza Razali stated that the team has also received many requests to assist with setting up platforms in other Southeast Asia-based nations such as Bangladesh, Vietnam, Philippines, and Thailand.

Due to the growing demand, the platform’s developers intend to introduce an updated version of their local app, a localized version in the Philippines, and then five other markets in the next few months.

The Kita Jaga app has reportedly been developed by local developers at Terato Tech, a Malaysia-based full-service mobile app development firm (amid  the white flag movement or #KibarBenderaPutih).

The web-based app has initially been created to test out or determine whether the concept of putting up a white flag on a digital map, with a call to action, would make it easier for individuals to get assistance.

Since introducing its platforms a couple months ago, the app has been able to improve the accessibility and visibility to individuals and their families who may be in need of aid, but were impacted by the movement control order (MCO) restrictions (enforced due to the COVID outbreak).

A donation drive on the platform received a lot of support from the general public, securing over RM100,000 in only two weeks.

With the capital, they created and deployed various new features in order to enable the direct purchase and delivery of essential products and food items to beneficiaries (and improvements to user privacy and security).

Since going live in July of this year, the Kitajaga pap has reported around 1.5 million unique visitors, identified 96,059 white-flags raised on the platform and 20,000 individuals offering assistance.

Donors are able to take part in the campaign by making donations starting from as low as RM10.

“We recognized that there was not only demand and need to scale and expand, but also a real path to sustainability, and that is the reason why we decided to partner with GlobalSadaqah to launch this campaign. Our decision to partner with GlobalSadaqah was due to it being one of the leading charity crowdfunding platforms in the region, and from there, we felt that there was a natural synergy.”