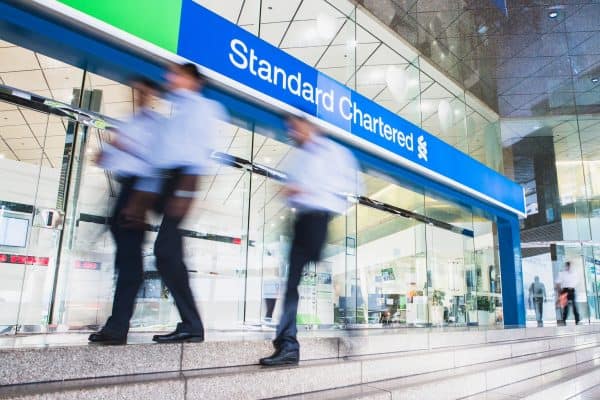 Standard Chartered subsidiary SCBSL will reportedly be providing SGD 144 million for 60% of the joint initiative, with NTCU-controlled BetaPlus retaining the other 40% for SGD 96 million.

This announcement has come after Standard Chartered was issued a full banking license in December of last year.

The unnamed initiative will mainly focus on offering virtual banking services, which would be in line or consistent with Singapore’s ongoing efforts to digitalize its fast-growing economy.

As reported by Reuters, a decision on the virtual bank initiative’s branding has not been decided at this time, a Standard Chartered representative confirmed.

Standard Chartered stated that Olea is an all-digital trade finance origination and distribution platform that will bring together institutional investors looking to gain exposure to an alternative asset class with businesses needing access to supply chain financing.

Olea’s risk analytics and highly secure platform provides investors with access to various investment options for returns that match their specific risk profiles. The new product aims to offer a transparent, faster and seamless way to gain access to working capital for supply chain industry participants regardless of the size of their operations.

Based in Singapore, Olea will reportedly be led by Amelia Ng from SC Ventures, the venture division of Standard Chartered, as its Chief Executive. Amelia will be joined by Letitia Chau, the Vice Chair and Chief Risk Officer at Linklogis, as deputy CEO.

Over €7B in Loans Now Funded via European P2P Lender Mintos