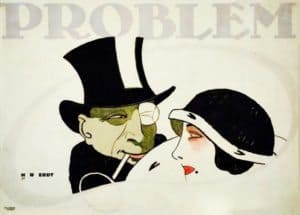 One in 10 or around 10% of Buy Now Pay Later (BNPL) shoppers have been contacted by debt collection agencies, and this figure increases to one in eight for younger consumers, according to Citizens Advice.

The Citizens Advice charity has shared research findings which reveal that BNPL consumers have been charged £39 million in total late fees during the last year.

Of those customers who had been referred to a debt collection agency for skipped or missed payments, 96% experienced some type of negative consequence. The consumers said they experienced at least one of the following: sleeplessness, ignoring text messages, emails and letters in case they were related to their outstanding debt; trying not to answer the door; borrowing funds in order repay their debt; or their mental health deteriorating.

However, the charity reveals that not even one of the BNPL checkouts on major retailers’ sites cautioned consumers that they might get referred to debt collection departments for skipped payments. These types of potential issues were just mentioned in the Terms & Conditions section on a separate page (if mentioned at all).

Citizens Advice performed mystery shopping at 100 major retail outlets and learned that 38 of these stores had been providing BNPL, with 22 having over two different BNPL methods, which means that there were 74 BNPL checkouts in total.

The research study further revealed that out of those providing BNPL, merely 11% cautioned consumers that they were actually taking out a credit agreement, the other 89% had mentioned these details in the fine print or T&Cs.

“The sheer number of shoppers facing debt collection is startling. We know from our frontline advisers just how much stress this can cause. A seamless Buy Now Pay Later checkout process should not mean shoppers have to dig around in the small print to find out they’re taking out a credit agreement, and could be referred to debt collectors if they can’t pay. The warnings should be unmissable.”

Citizens Advice questioned the BNPL companies covered in the research report if they had previously referred clients to debt collection firms. Clearpay, Klarna, Laybuy and Openpay stated that they had to take this step as a last resort. Splitit noted that it doesn’t, meanwhile, PayPal declined to comment.

The charity is now asking the UK Treasury to strictly monitor and regulate BNPL services as it’s concerned that consumers may be unprotected and not well-informed as this sector continues to expand aggressively.

“My concern is that people aren’t processing the fact that Buy Now Pay Later is credit. They don’t realize there are going to be consequences if they don’t pay – it gives them a false sense of security. I’ve seen people using it for their kids’ clothes and shoes that they would otherwise never be able to afford. They are taking out what is effectively a loan, but they don’t see it as one. For example, I helped someone who has tens of thousands of pounds of debt, but they don’t see Buy Now Pay Later as part of that total. It’s almost under-the-radar debt.”