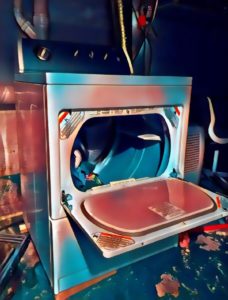 There has been a special focus on anti-money laundering (AML) in the industry during August 2021, with accelerations in the use of artificial intelligence for AML, as well as certain updates made to regulatory guidelines, according to a report from Banking Circle.

Payments specialist Banking Circle reveals that they reached out to industry professionals for their views on AML, AI, and combating financial crime amid the “increasing speed of transactions.”

As noted in the report, almost £18 billion in Fintech investments were made in H1 2021, which is another record for the UK’s total investments in the financial technology space, and it now puts the country in second place, trailing only the US.

As explained in the report, the increase in Fintech investments is mainly “due to a tripling of India’s Foreign Direct Investment (FDI) output – over half of all Indian FDI goes to Britain, and India is Britain’s second largest source of investment, with this growing at pace.” With both nations working towards a free trade agreement, the relationship “looks set to become even more beneficial.”

The report added that it “isn’t just the UK having a strong year; globally, US$98 billion was spent on FinTech this year in just six months.” This investment reportedly “came from 2,456 deals, compared to last year’s annual total of $121.5 billion across 3,520 deals.”

More than $51 billion has now been invested in Fintech in the Americas, “from 1,188 deals, while the EMEA region saw $39.1 billion in FinTech investment.” In the APAC region, $7.5 billion was “invested across 467 deals,” the report revealed.

As stated in the update from Banking Circle, a survey of 850 ACAMS (Association of Certified Anti-Money Laundering Specialists) members worldwide, has “revealed that 39% of financial institutions are accelerating their adoption of AI and machine learning (ML) for anti money laundering, in response to COVID-19.”

The report, from SAS, KPMG and ACAMS, also shows that over half (57%) of respondents have either “already incorporated AI or ML into their AML compliance processes, or are planning to do so within the next 12 to 18 months.” It’s “a trend that’s consistent amongst both large and smaller financial institutions,” the report added.

The Banking Circle update further revealed that 40% of those surveyed “cited improving the quality of investigations and regulatory filings as the main driver behind this, while 38% claimed that reducing false positives and resulting operational costs were behind their adoption of AI and ML.”

The report also noted that the UK government has “begun the consultation process for further amendments to the regulations, with changes up for discussion in areas most likely to affect those selling digital art, crypto-asset businesses, and trust and company service providers.”

The report added that consultation on the proposed areas of reform has “already commenced and will remain open until 14 October 2021, with Amending Regulations proposed to be laid in Spring 2022.”

“Following UK Finance’s Future Ready Payments 2030 report earlier this year – which concluded that the payments industry should work to better understand how to use standards to deliver benefits to providers, financial institutions, businesses and consumers – UK Finance set up the Payment Standards Strategy Group (PSSG).”

This group was “tasked with the specific intention of exploring whether the potential benefits of payment standards exist and, if so, defining a new approach to enable them to be realized,” the report noted.

The Payments Standards Strategy Group has shared a report of recommendations on “how the industry can enable better coordination and collaboration between payment standard providers and their respective communities,” the update confirmed.