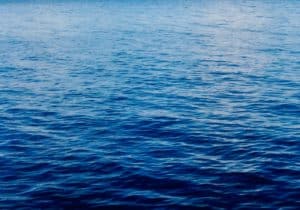 Deeper Network launched its mainnet on Aug. 28, the next step for a decentralized infrastructure it hopes will lay the foundation for Web3.0. The mainnet launch will allow users to access an Internet that combines blockchain network security and the sharing economy. It coincides with the beginning of basic mining, allowing users to earn DPR tokens for their contribution to the network.

Users will connect to a decentralized private network (DPN) via Deeper Connect hardware, which is available on Amazon as a VPN smart router plugged in between a user’s modem and server that gives its users lifetime access to Deeper Network’s decentralized VPN. It allows users to become a node operator in Deeper Network and empowers them to be both client and server, earning mining rewards for contributing bandwidth to the network. Deeper is powered by AtomOS, a lock-free operating system. Because user data is distributed across a serverless network, it cannot be logged, leaked, hacked, or subpoenaed.

Deeper is launching with an incentivization program that will encourage participants to add bandwidth to the network and 60 per cent of DPR tokens have been reserved for mining rewards. By supplying bandwidth to the Deeper Network, users can gain access to these tokens via three different levels of mining, Genesis node mining, pro-mining and basic mining.

After the launch of Deeper’s mainnet, users will be granted access to basic mining. Users with a Deeper Connect can apply to have the device added to Deeper Chain one month after mainnet launches. Alternatively, users who have purchased their device via Indiegogo or Stacksocial can begin mining immediately by staking 1,000 $DPR. Users can even stake up to 100,000 $DPR to further elevate their credit score and increase their mining rewards to 164 $DPR a day.

The expansion of the Deeper Network will continue thanks to a program of exciting new developments that will add new features to the network well into next year. Firstly, Deeper will gradually open mining to other devices in an effort to monitor the strength network. This includes a mobile app that can connect to the network that will be released in the third quarter of this year.

Before the end of the year, the development of an Ethereum to Deeper Chain cross-chain bridge will be completed, the company said. This will facilitate the resumption of liquidity staking for the DPR markets. The newest version of the Deeper Connect, The Pico will also hit crowdfunding. Deeper will release the encrypted ads filter function, allowing users a new way to monetize the Deeper Network, which will be optimized in appearance and functionality.