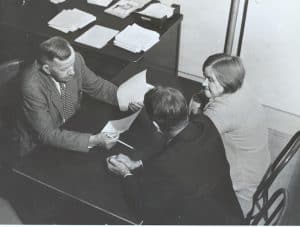 BNPL Pay, a “decentralized” lending protocol that “puts credit in the hands of those who need it the most (users without capital), says that it aims to address the problems presented by uncollateralized borrowing through their “novel” design of “a decentralized network of banking nodes.”

With their protocol, anyone can “become a bank, and anyone can apply for a loan,” according to an update shared with Crowdfund Insider.

While commenting on how the Thorstarter IDO works, the announcement noted:

“XRUNE will be used to purchase BNPL Pay tokens through the IDO launchpad. Tokens are distributed through an overflow method, where subscription is given at a pro-rata rate based on the committed XRUNE, with any unspent tokens returned.”

During this crypto token sale, users may commit “as many XRUNE tokens as they wish, and the final allocation given will be based on their percentage of the total XRUNE committed.” There will be “a 24-hour window to commit to the sale, and there is no advantage given based on time of commitment,” the announcement confirmed.

Here are the steps to purchase BNPL Pay in a Thorstarter IDO:

As explained by its developers, BNPL (Buy now, pay later) is a decentralized lending protocol that aims to enable greater financial inclusion.

During the past few years, the collateralized lending sector within DeFi has grown tremendously. Protocols like AAVE and Compound have turned into multibillion dollar protocols.

“We at BNPL believe they have failed to service those without capital. While we recognize their value add, we believe the largest opportunity is in the credit space. This is something most protocols have missed.”

There have been several attempts at serving this segment, however, we believe these protocols have “relied too heavily on the reputation of borrowers — something only the high capitalized players in the space have,” the update noted.

Due to this approach, they’ve “failed to service those who need it most, just as collateralized lending platforms have,” according to the BNPL Pay team. They also mentioned that with their incentive model, they’ve aimed “to engineer a sounder approach to capture the largest number of potential borrowers.”

As explained by its creators, the BNPL Protocol utilizes “a decentralized network of centralized banking nodes (CeDeFi) to service a maximum number of loans.”

The development team also mentioned that legacy credit facilities place “enormous” barriers to entry, and their “strict regulations have fostered an environment of minimal competition, resulting in minimal innovation.” The average interest rate on credit cards is “as high as 20%, despite living in a near zero federal funds rate era.”

The BNPL protocol “allows for anyone to create a banking node, and these nodes compete for capital from lenders and for the loan fulfillment of borrowers,” the announcement revealed. This type of system is “conducive in reaching maximum utility for both borrowers and lenders.”

To learn more about this protocol, check here.