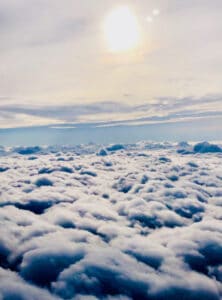 Marketers can build opt-in audiences on permission.io and ask permission for engagement, ensuring users have control over their data use and are rewarded for what they share. The company’s infrastructure is designed to help brands address fundamental problems in digital advertising such as compliance with global privacy regulations, ad blockers, and ever-changing ad tech trends that call for a new and improved permission-based advertising model.

The first ket feature Validator Node which validates the network and solves the proof-of-work puzzle, thereby maintaining the network’s integrity. Users will be able to run the validator node on a Google Cloud server, which will enable them to participate in the consensus mechanism and earn ASK for running the node. This opportunity will be available for approved Permission.io partners only.

The Permission.io full node allows users to run a full Permission blockchain node on a Google Cloud server, making it possible to access the Permission blockchain in a private, self-sufficient, and trustless manner. The node verifies all the transactions and blocks against consensus rules by itself, which means users won’t need to take any extra steps to verify trust in the network because they will be able to verify data themselves with this client. The blockchain node will also allow for more secure installation of dApps. In turn, Google Cloud will have the ability to reach potential new customers interested in running nodes on a Google Cloud server.

“Our mission is to lead the web toward a new engagement model, one that enables users to own, control and profit from their time and personal information, while engaging with the web as they might normally do,” said Charles Silver, founder and CEO of Permission. “At the same time, Permission.io has built tools and infrastructure that power a highly-effective, consent-based advertising model, enabling brands to engage with willing consumers to increase ROI, drive conversion, and build trust. We look forward to working together with Google Cloud to usher in the next wave of permission-based advertising.”