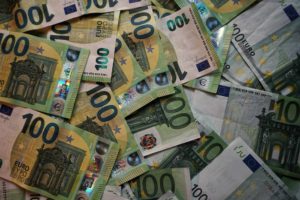 European peer-to-peer lender Bondora reports that July brought “yet another month of increased investment” via the platform.

Investors that are active on Bondora have “flooded” the platform with €11,628,988 in investments. This is “a steady 7.5% growth rate compared to June,” the company reveals while noting that it’s also the fifth straight month of growth for the platform’s investment funding.

As mentioned in the update from Bondora, this month, “all four product categories increased.” This shows “how strong all our Bondora products are performing,” the company claims.

“It’s also the second month in a row where all four products’ investment funding grows. All things being equal, API investment had the most significant growth, up 24.6% to €4,418 in July. This was followed by Portfolio Manager, which grew to a total of €502,484 in the month, representing a 9.3% monthly increase.”

“It’s another consistent month when it comes to the share of funds for Bondora products. For the third straight month, investment on Bondora was allocated proportionally in the same manner, with Go & Grow at 93% of all funding, Portfolio Pro and Portfolio Manager at 3% each, and API investment garnering 1% of all funds invested on the platform.”

When it comes to making investments, you may have many questions, the Bondora team notes while adding that they want you to know that they always aim to address any queries clients may have.

The company confirmed that their team offers support in multiple languages including English, Estonian and German. During the past year, the company redesigned its support site to be easier and more intuitive, so that clients can get their questions answered “instantly.”

As covered recently, Bondora had celebrated Go & Grow’s success with more than €10 million invested (as of June 2021).

And this month in August, they’re celebrating another key milestone: Bondora now has more than 170,000 investors active on its platform. The company is pleased to report that so many consumers are eager to grow their money “the simple way.”

Bondora has thanked its users for choosing its platform “to make your investment goals a reality.”