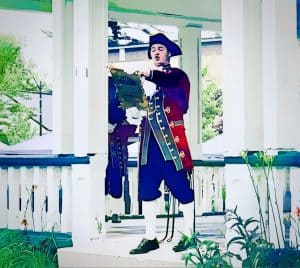 The team at Blockstream, a Bitcoin-focused firm, has released its Markets Weekly Report, dated  August 20, 2021.

As noted in the report from Blockstream, Bitcoin is currently on pace “to finish on the top end of this week’s range for the fifth weekly win in a row.” Oscillation around the 200-day moving average “continued with Bitcoin breaking higher into the end of the week despite a nine-month high in the USD and a dump in global [stocks] on taper concerns,” the report added.

Although Bitcoin has had a positive correlation with the USD for most of this year, it is interesting to see BTC “move higher with safe havens like the dollar and gold while risk assets tank,” the report noted.

As stated in the report, newsflow this week was “a bit lighter” than previous weeks, however, the wider trend of institutionalization and Wall Street participation “continued to see new data points.”

Following up on the past week’s comments, the Blockstream team believes that the overall market setup “still looks pretty positive at the moment.”

They added that Bitcoin continues to “move higher despite ostensibly negative news.” Cryptocurrency price action this past week “saw number go up despite potentially negative legislation buried in the infrastructure bill and another big DeFi blowup.” The report further noted that this week Bitcoin was “able to pop back above the 200-day moving average despite a rip in the dollar.”

Funding rates — which have been “trending higher for the past five or six weeks” — also “point to improving investor sentiment but are still well away from overheating,” according to Blockstream’s report which also mentioned that fund flows are “showing tentative signs of recovery.”

Declines in Bitcoin Under Management at the Bitcoin Purpose ETF “look to be losing momentum and [we] wouldn’t be surprised to see fund flows reaccelerate over the coming few weeks,” the report added. It also noted that the “more volume we print north of the 200-day moving average the stronger it will become as a line of support.” A strong base here “will put us in good shape heading into the 4Q which is normally one of Bitcoin’s best,” the report claims.

“With leverage low, sentiment improving, global adoption up, and investors like Blackrock, Fidelity, JPM, and Wells Fargo broadening their exposure to Bitcoin, [it can be] hard to be bearish.”

The report from Blockstream also noted that a filing with the US Securities and Exchange Commission (SEC) indicates that Blackrock currently holds “a 6.71% stake in Marathon and a 6.61% stake in Riot Blockchain for a total capital commitment of $383M.”

While sharing other important updates, the report noted that Fidelity “looks to build new infrastructure around Bitcoin.” It has plans to “increase Digital Asset team headcount by 100 this summer to 150.” The report also mentioned that Fidelity is “trying to educate — and lobby — lawmakers for what it considers the right level of regulation.”

Tom Jessop, President of Fidelity Digital Assets said that client interest in Bitcoin has “accelerated since the pandemic and as high-profile investors such as Stanley Druckenmiller and Paul Tudor Jones began to talk about bitcoin as a hedge against inflation.”

“What really got people off the fence was the pandemic, because you’ve got this scarce asset class — there will only ever be 21 million bitcoin created — and an environment where our currency is being debased, and there’s a ton of money printing….You’re seeing the emergence of a real asset class.”

The report further noted that Coinbase will “dedicate $500M and 10% of future earnings to crypto.”

As noted in the report, “presumably, they will not just go 100% USDC.” Expect “a lot of criticism if they don’t allocate heavily to Bitcoin,” and “probably also very risky to do anything else. It’s very easy to get rekt out in the weeds.”

In other recent crypto industry news, Wells Fargo, JPMorgan partnered with NYDIG on Bitcoin tracker funds. It’s worth noting that the Wells Fargo wealth and investment management arm has $2T in assets.

“We think that cryptocurrency space has just kind of hit an evolution and maturation of its development that allows it now to be a viable investable asset.”

Notably, JPMorgan also filed for a passive BTC trust with the SEC this week.

Cryptocurrency trading “drives 2x gain in Robinhood 2Q21 revenues,” the report from Blockstream noted. It also mentioned that over 60% of its users are “now trading digital currencies.” More than half of its total transaction-based revenue “came from crypto trading.”

Crypto transaction-based revenue “for the 2nd quarter was $233 million, compared to just $5 million for the same quarter in 2020.” Dogecoin (DOGE) “accounted for 62% of 2Q21 revenue” for Robinhood.

How to Build & Sell a Startup – Workshop with Sahil Lavingia, Andrew Gazdecki and Ben Tossell