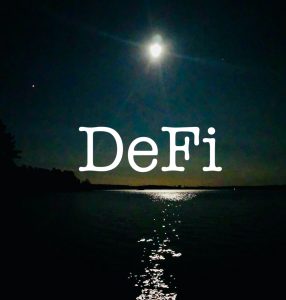 Ondo Finance reveals that it has secured $4 million in capital in order to bring “programmable” DeFi returns to investors with “a wide array” of risk preferences.

The equity round has reportedly been led by Pantera Capital along with contributions from Genesis, Digital Currency Group, CMS, CoinFund, Chapter One, Bixin, Divergence, Protoscale Capital, and The LAO.

Ondo is a “permissionless” protocol developed to support decentralized finance or DeFi adoption among mainstream investors by “enabling the granular exchange of risk.”

As mentioned in a release shared with CI:

“In an economic environment of record-low interest rates, Ondo Finance is positioned to open the door to broader DeFi adoption by allowing risk-averse investors to capture DeFi yield with mitigated and transparent risk, while simultaneously unlocking higher upside exposures for DeFi-native investors.”

Existing yield in digital asset markets is in “the form of volatile rates” that are derived from a “complex” source of inputs. This represents a significant entry barrier for retail and institutional investors who “seek yield with defined risk.” So far, those willing to adopt DeFi are “higher on the risk appetite scale,” the update noted.

They are exposed to volatile yields, “impermanent loss” from decentralized non-custodial exchanges such as Uniswap, and “commingled risk” from lending protocols such as Compound. The often “sky-high” APYs are “inaccessible to traditional market participants who expect more stable returns with comprehensible and customizable risk,” the announcement noted.

“Ondo is a new DeFi primitive that lets users originate risk-isolated, fixed yield loans backed by yield-generating crypto-assets. Lenders and borrowers contribute capital together in Ondo Vaults, which use smart contracts to enforce loan provisions, such as by controlling the use of borrowed capital.”

Ondo users are able to invest in both positions “in any ratio they choose, creating their own customized return profiles,” the update noted.

Ondo has been founded by ex- Goldman Sachs traders and technologists who “identified a unique market opportunity to build a suite of products that would let institutions obtain risk-controlled exposure to DeFi.”

“We have just scratched the surface of opportunity in DeFi with services like lending, trading, and basic derivatives. We see a huge opportunity to bring a wider array of products from traditional finance to DeFi and create new financial primitives. Ondo Vaults are our first foray into this. We are grateful for the support of our investors who recognize the immense potential for DeFi to democratize access to a wide range of financial services previously only accessible to institutions.”

“Fixed income remains the missing piece that decentralized finance needs to go mainstream. Ondo unlocks downside protection and relative certainty in forecasting returns for institutional investors looking to allocate to the attractive yields in the DeFi space. We are excited to back the Ondo team in their mission to bridge the worlds of DeFi and institutional finance.”

Ondo introduced its first Vaults last month with a cap on invested assets “as a security precaution.” Before its launch, Ondo had completed security audits carried out by Quantstamp, Peckshield, and Certik.

For more details on these updates, check here.