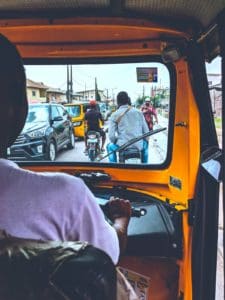 Nigerian banking regulators have released new guidelines governing the services offered by the country’s mobile money operators (MMO). It is the first update in six years and is meant to address the sweeping changes seen since 2015.

Ibrahim Moshood, an associate with Centurion Law Group, said the rules govern two types of operations, the bank-led ones that either operate alone or with other banks, and the non-bank organizations who are licensed to complete MMO services. These entities also use deposit money banks and settlement banks.

MMOs may offer savings wallets which are operated in conjunction with settlement banks. The funds are insured by the Nigerian Deposit Insurance Corporation (NDIC).

“The savings wallets funds are subject to a maximum management rate of 10 per cent but must also ensure that the principal sum is not affected by charges and fees,” Moshood said. “The wallets are also insulated from offsets by the settlement banks with whom the MMOs operate the accounts. Note that customers can use the funds in these wallets to invest only in government treasury bills.”

“Where for instance, there is a new capitalization requirement by the CBN and a settlement bank is unable to meet up, such could have its license withdrawn,” Moshood said. “In such an event, the NDIC’s maximum deposit coverage level kicks in at N500,000.00 (500,000 naira only) for each subscriber.”

In the case where an MMO has a license withdrawn or activities banned, the CBN makes sure subscriber liabilities are taken on by either a functioning MMO or other financial institution as defined under Nigeria’s Banking and Other Financial Institutions Act.

Wallet holder balance limits are now N5 million for daily activities, a significant hike from N50,000. The N300,000 cumulative balance cap has been removed and is now unlimited, depending on the KYC tier.

The types of risk mitigation techniques adopted by MMOs are also under scrutiny, Moshood warned.

“The new guidelines also stipulate that all risk mitigation techniques adopted by the MMOs must be within the scope of the relevant code of corporate governance, for example, the Code of Corporate Governance for Finance Companies 2018. While MMOs have not been listed as financial institutions as such in the code, it appears that the CBN has expanded the definition in the Code to cover MMOs by virtue of the fact that MMOs are listed as ‘other financial institutions’ in the BOFIA.”

MMOs must also file annual audited reports and mandatory continuity business plans to the CBN within the first three months of the following year.

Moshood credited MMOs with simplifying financial transactions and services in Nigeria by increasing the number of banked individuals, especially in rural areas where a physical presence is no longer required.

In conclusion, Moshood said the guidelines are a step in the right direction, but any future update should also include telco-led models.