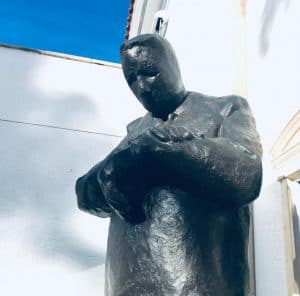 As noted (on August 9, 2021) in a blog post by the World Economic Forum, the US Congress is currently in the process of negotiating a bipartisan infrastructure bill “with the hopes of passing sweeping legislation that will invest in areas such as transportation, climate initiatives, and broadband access.” And “buried” within the text is something “seemingly unrelated: a proposal related to taxing cryptocurrencies,” the blog added.

Warren and Deshmukh have pointed out that they want to “focus squarely on a topic not often taken to heart: premature regulation.”

Warren and Deshmukh clarified that they’re “not anti-regulation.”

“At the World Economic Forum, a big part of our role is working directly with a global set of stakeholders, including policymakers and regulators, to assess how to accelerate the benefits of technology and mitigate its risks. We are not naïve and nor do we deny that there are risks with any new technology and its evolution. With this, crypto is no exception.”

They further noted that this attitude is reflected in “much of the crypto community at-large.” Leaders across business, innovation and civil society “recognize the role regulation and policy makers can play” and they’ve seen industry leaders welcoming “regulatory clarity.”

They also noted that initiatives such as the DeFi Education Fund (DEF) reflect the sector’s “desire to support the education of government actors on these complicated topics.”

However, progress on this front “cannot – and should not – happen overnight,” Warren and Deshukh wrote while adding that the last 10 years have offered key insights into the “shortcomings of the financial system as it stands.”

In the US and internationally, we’ve seen the consequences of “increasing inequality, stagnant growth, and a lack of transparency” and in certain cases, the result has been “disillusionment and resignation.” Meanwhile, in others, we’ve seen “large-scale civil unrest.”

“At a minimum, there are aspects of the current financial system and the regulations surrounding it that are not working for people all over the world, including in the United States. Such a situation requires self-reflection and investigation into what’s gone wrong – and how to think creatively about new capabilities and resources. This approach is key to avoid diving headfirst into potentially re-creating or exacerbating the problems of the past.”

“This is especially a concern with cryptocurrency, where the technology is generally poorly understood by the average person. It isn’t anyone’s fault – the space is relatively new and growing rapidly. It’s truly a full-time job to stay on top of it all. Crypto is one of many new areas that policymakers and regulators are juggling, which can make it difficult to fully understand the nuances of the technology and services within the space.”

That’s why it’s very important to move forward with caution around these questions, “ensuring that there’s enough time to get up to speed on these incredibly complex and novel issues,” they added while noting that “the emerging space of decentralized finance, which builds a variety of financial services on top of blockchain technology.”

As explained in the blog post, DeFi services are “not monolithic.” They represent different parts of the “technical stack, varying objectives, and services, and have different interactions with other services within the space,” the blog noted.

It also mentioned that at the same time, DeFi is “explicitly not the same as traditional finance, though there may be some similarities and overlap” and “failing to sift through the distinctions and regulate accordingly could significantly stifle innovation and progress.”

Here are certain principles for policymakers and regulatory authorities, according to WEF, to keep in mind as they go down this path:

As mentioned in the blog post, jurisdictions that are “thoughtful, cautious, and collaborative will find themselves attracting the new era of internet pioneers.”

“In doing so, those jurisdictions will provide their constituents with a critical asset: front-line access to the digital economy.”