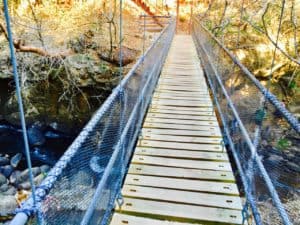 While some testing remains on Umbria Network’s cross-chain Narni bridge, the initial results are promising, the company said this week.

Narni’s goal is to enable users to move ERC-20 tokens securely from one blockchain network to another cheaply, quickly, and easily. In testing, USDT was moved from Ethereum to Polygon in an average of 47 seconds at a cost of $2.80, while Polygon to Ethereum took on average two minutes and 12 seconds and cost $5.62. Quicker speeds will allow investors to capitalize on arbitrage opportunities.

Users will be able to quickly shift liquidity on high orders of magnitude from any decentralized exchange on any EVM compatible blockchain into Umbria’s DEX. This addresses friction experienced by exchanges limited to one network.

Narni users can earn rewards for providing liquidity in a new style of farming where those staking single assets on the bridge will earn APY, the highest rate of which is expected for stablecoin farmers. Narni’s auto-harvesting feature will also save users money.

“Umbria will have a bridge, which allows people to potentially transfer all their assets very easily from any DEX – such as Uniswap or SushiSwap – on any EVM compatible blockchain into the Umbria protocol. This will give Umbria a massive advantage over many of its DeFi competitors,” said Oscar Chambers, co-lead developer of Umbria. “Umbria is going to be like the mothership with lots of people passing through its ecosystem as they move from one corner of the DeFi space to the other.”