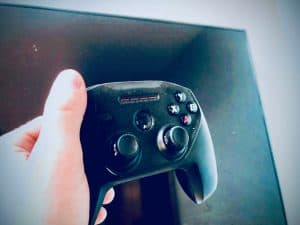 Yield Guild (Games) is a “play-to-earn” gaming guild, which aims to bring players together to earn through blockchain or distributed ledger tech (DLT)-based economies. Yield says they are “the settlers of new worlds in the Metaverse.”

Delphi’s management noted that they are an “ardent supporter” of the fast-growing NFT ecosystem and its potential for “impact across video games and beyond.”

The Delphi Digital team added that one of the many “exciting” aspects of this emerging non-fungible token (NFT) landscape has been the rise of highly-popular games like Axie Infinity, which offer players the capacity to “earn money and potentially materially improve their livelihoods.”

“Whilst much of the early activity has been driven by emerging markets, we have observed strong appetite for such activities at a global level. As more money and time is spent in virtual worlds, we think that people will increasingly recognize these places as legitimate places to earn additional income.”

Piers Kicks and Anil Lulla from Delphi further noted that they believe that the Yield Guild vision of becoming the “largest virtual world economy ever” observed is attainable and that it is “an opportunity to improve tens of thousands of lives along the way.”

“As it stands, this [NFT] ecosystem remains relatively unstructured. It can be difficult for new entrants to establish exactly where and how to engage with these emerging player-owned economies.”

According to the Delphi team, Yield Guild has an opportunity to “organize and coordinate activity across a fast growing number of crypto game environments.” Delphi explained that “in doing so, the guild will optimize yields on investments of both time and money.”

As the guild continues to mature, it should serve as a “powerful catalyst for the ecosystem’s growth more broadly by providing developers with useful insights gleaned from a sophisticated player base who are familiar with the tools available.”

“Over time, we foresee Yield Guild’s treasury effectively becoming a pseudo-investment fund for productive NFTs. Due to Yield Guild’s unique position at the heart of the ecosystem, we expect them to have unparalleled insight into attractive new projects at the earliest opportunity.”

The Delph team also mentioned that when looking at these developments from the end user perspective, Yield Guild offers “a valuable service to NFT collectors and ‘whales’ within crypto.”

They explained that the opportunity cost of time in this nascent space for people “deep in the weeds is very high.” Because of this, many crypto enthusiasts and speculators are not able to “fully leverage” functional NFTs which they might have invested “a lot of capital in,” Delphi explained.

“YGG will become an efficient bridge between the supply side of these lucrative assets, and the demand side from players who are eager to perform yield-generating activities but might be unable to afford the highest-end assets.”

Delphi claims it has “enormous confidence in the founding team’s ability to execute on this grand vision and to serve as a responsible shepard for the crypto gaming space at large.”

“As this sector gradually bridges into broader game audiences, early movers will be granted an outsized share of pie as they capture larger player bases (who are also owners, and therefore stickier) and secure a presence in many game ecosystems at a lower price point than later entrants. We believe that ultimately, the allure of these player-owned virtual economies could eventually serve as a trojan horse for onboarding millions of players into crypto more broadly.”