New Data Regulation to Draw on Notions of Privacy, Data Localization Another Key Trend in 2021, According to Blockchain Professional 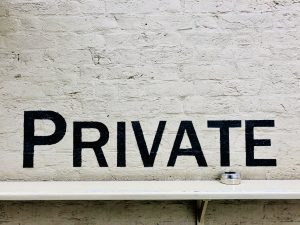 Li Jun, Founder of Ontology and the SAGA Protocol, notes that we’re now living through an “activist period” of data regulation that will most likely dictate how our economies function for “generations to come.”

Jun pointed out that most industries have “precedents” for regulation that go back “centuries,” like in banking, pharmaceutical, and industrial relations, or at least several decades in the case of environmental regulation and telecommunications.

He added that even antitrust, that other “great set of regulatory concerns” facing big tech firms, appears to be based on “theories that were formulated around the turn of the twentieth century.”

“Data regulation is being designed from first principles before our very eyes. It draws from notions of individual privacy, and is heavily influenced by world events from national security regulation following 9/11 to a reckoning on data collection in the aftermath of the 2016 US presidential election. Technical considerations are also feeding into regulation, in particular the ability of machine learning technology to help with medical treatment or predict crime using ever larger data sets.”

Jun further noted that where previously data regulation was somewhat a “knee-jerk” response to “high-profile” events, both the tech and government sectors have “matured enough to move beyond hard cases making bad law.”

He also pointed out that the introduction of the EU’s General Data Protection Regulation (GDPR) back in 2018 has established an “unprecedented” international standard for data protection, meanwhile, the California Consumer Protection Act (CCPA) became effective on New Year’s Day (in 2020).

According to Jun, this “brought data regulation much closer to what we see in Europe, and with California the home of US tech, this arguably amounts to de facto regulation of the whole country.” He also noted that similar laws have been introduced in nations like Canada, New Zealand, China, and South Africa, which bring with them “a new global age of data regulation.”

Jun wrote in a blog post that with 2020 now behind us, how will the tech industry evolve over the next year to address growing requirements? This may be the year where “data privacy legislation finally gets road tested and we are provided some case law by which to assess their effect,” Jun predicted.

“In 2020 the pandemic put a dampener on enforcing non-compliance GDPR penalties, as many prominent UK fines that had been announced were postponed and reduced. British Airways had to pay £20 million of a fine originally set at £183 million, while Marriott Hotels had to pay £18.4 million out of £100 million.”

“The economic hardship played a big role, as both companies operated in sectors that were decimated by the pandemic, but regulators will not want to be seen as a soft touch. We can expect the honeymoon to end and an increase in fines issued during 2021, as European regulators establish themselves again and their international equivalents flex their muscles for the first time.”

Although much of the conversation concerning data regulation tends to focus on privacy, data localization is yet another major trend that we can “expect to see more of this year,” Jun predicted.

Jun explained that data localization refers to “a legal requirement that data be stored within specific regional or national borders, forcing multinationals to create local storage facilities to house data sourced from a given country.”

“In 2020 this issue became international news when the Trump administration threatened to force the sale of TikTok’s US business in the name of data localization, or data sovereignty. For the government to interfere with a private company to this extent caused some to talk about a new Cold War, fought with proxy companies rather than proxy states. In the process, it elevated data localization to an urgent consideration for data lawyers and lobbyists.”

Jun claims that this issue is “not going away,” and world governments are quite likely to copy or mimic the US approach and could start demanding “special treatment” for their residents’ personal data. This is also “expected to put considerable pressure on international tech companies dealing with non-democratic regimes,” Jun noted.

“In the wake of the extended trade negotiations surrounding the UK’s decision to leave the EU, and the growing consternation between the US and China, it will be no surprise to see data sovereignty become an issue for nationalist politicians.”

He believes that just as trade restrictions are “touted” in order to protect peoples’ jobs, data restrictions will be “suggested to protect citizen information and intellectual property.” Countries that have launched AI firms could become a lot more inclined to “see data as an asset that is important for economic success and national security.”

He also thinks there will be a “growing interplay between individual privacy and nationalism with economic and national security components will define the politics and regulation of data in 2021.”

“Empowering the growing data-driven economy by connecting data in a decentralized way will be key if the industry is to evolve,” according to Jun.

He thinks that we’re beginning to see emerging technologies (Emtech) like blockchain or distributed ledger tech (DLT) adopted in data-sharing and “this too will have a major impact on regulation.”

“Most recently in Britain, two hospitals are using a distributed ledger to keep tabs on the storage of Covid-19 vaccines and the distribution of doses. As real-life use cases become increasingly common, this could be the catalyst for further regulation, most likely driven by the EU or US.”

He also pointed out that President Biden’s pick to lead the Securities and Exchange Commission (SEC) previously noted that digital currencies are “under regulated, and the first mover in 2021 could shape global regulation, just as GDPR did for privacy.”

“Technology and data are defining our economy and culture, and they will in turn be defined by how they are regulated. 2021 may be the year where we finally see how this plays out.”

Pozible for Food & Beverage: How to run a successful pre-order campaign | by Pozible Team | Feb, 2021