Nevada Plans to Allow Tech Giants to form their Own Governments to Collect Taxes, Offer Other Govt Services to Boost Digital Economy 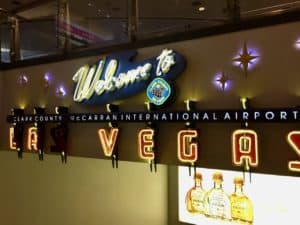 The US State of Nevada will reportedly be allowing tech giants to launch their own governments in order to collect taxes, establish school districts and courts as well, presumably in an attempt to attract more large firms.

The very first “smart city’ could be launched by 2022. There’s planned legislation that aims to introduce new business areas in Nevada which will allow tech companies to effectively establish independent local government units.

These Innovation zones will allow firms to maintain operations on large areas of land so they can also form governments and will have the same authority as entire counties, including the power to tax their ecosystem participants.

Sisolak has reportedly named Blockchains, LLC as a firm that has decided to commit to creating a smart city in a location that’s east of Reno (a major city in Nevada) after the legislation has been successfully passed.

The firm had paid $170 million for 67,000 acres of undeveloped and uninhabited land in Storey County back in 2018. The firm aims to launch services on Innovation Park in 2022, the tam at Blockchains, LLC confirmed.

The new legislation to support these initiatives in Nevada should help diversify the economy which has benefitted from the gambling industry (in Las Vegas) for decades. But after the COVID-19 outbreak, the city was forced to close down its casinos which had been open for business 24/7 before the Coronavirus crisis. Businesses in Nevada have suffered a lot because of the socioeconomic uncertainty and other challenges due to the pandemic.

As reported by the Las Vegas Review-Journal (last week), The Innovation Zones will even offer typical government services (if approved).

“All our technology development is done with an eye toward future integration with major technology research and development at our land in Innovation Park – and eventually the blockchain-based smart city. A smart city built from the ground up is a long-term vision that requires extensive planning and resources, a vision that is and always has been a 10- to 15-year project.”

In statements shared with the Las Vegas Review-Journal, Storey County Commissioner Lance Gilman noted that the Blockchains, LLC project is “going to have an impact on Storey County, and the jury is still out on whether that will be positive or negative.” He also mentioned that they are going to “want to know that Storey County gets the benefit of the bargain.”

The draft proposal stated that the existing local government model is “inadequate alone” to offer the appropriate resources to make Nevada a key player and destination that can attract and retain progressive firms while supporting economic development in tech.

The Governor’s Office of Economic Development will be responsible for handling applications for these so-called Innovation Zones, which will be limited to firms focused on certain high-potential sectors such as blockchain or DLT, autonomous technology, the Internet of Things or IoT, robotics, AI, wireless technologies, biometrics and renewable resource initiatives.

Zone requirements may include applicants needing to own 78 square miles of undeveloped, uninhabited property (at least) within a county but also independent from the city, town or tax increment area.

Firms may need to have $250 million (or more) with the goal of investing another $1 billion in their Innovation Zones over the next decade. These zones will, at first, be managed with the oversight of their location counties, however, they will gradually take over county responsibilities and become autonomous governmental entities (if all goes well).

These zones will have 3-member supervisor boards with the same decision-making powers as actual county commissioners. The firms will be able to maintain considerable control over board membership.