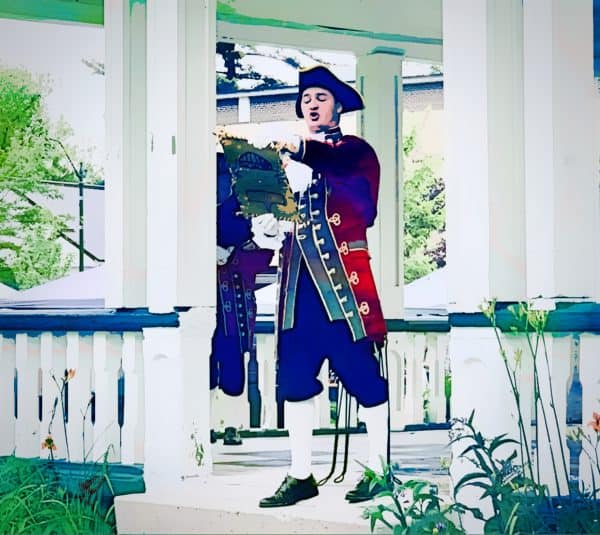 Jeffrey Amico, Counsel at VC firm Andreessen Horowitz, notes that cryptocurrency protocols are supposed to be governed by these so-called “decentralized” communities of stakeholders.

Amico explains that it’s not necessarily the case that decentralized communities are more efficient, or “important” for various ideological reasons, but that it’s necessary to “unlock their core value proposition.”

According to Amico, the main value prop of decentralized communities is that the underlying protocols will keep running as designed or envisioned, and will remain open to anyone interested in using or building more solutions on top of them, without having the basic rules change “under their feet.”

Amico further explains that Bitcoin (BTC), the flagship cryptocurrency, is the original “embodiment” of these ideas or concepts, and helped create the very first (widely adopted) Internet-native money “at scale.”

However, Amico believes that these concepts are “equally applicable (and valuable) to other types of open financial primitives,” such as borrowing, lending, and trading. While the specific applications may differ from one platform or solution to another, the requirement for so-called decentralized “governance” remains the same, Amico claims.

For crypto or blockchain startups, transitions towards “community governance” can be quite complicated, and raise challenging issues related to ongoing development, voter participation, and incentive alignment between the different stakeholders, Amico added. However, they’re  “ultimately necessary” in order for these open-source protocols to “transcend” their original developers and offer long-lasting value as “open” financial infrastructure, Amico believes.

As committed stakeholders in these decentralized networks, the team at a16z or Andreessen Horowitz wanted to expand on how they “think” about crypto-related governance, and how they see their role in this nascent space moving forward, Amico noted.

“Our primary objective [at a16z] in governance is to create the conditions necessary for protocols to achieve long-term adoption and self-sustainability. As a general principle, we believe that protocols that achieve greater decentralization along certain key dimensions — voting power, development work, economic upside, etc. — are more likely to reach this ultimate goal than those that do not.”

That’s why the team at Andreessen Horowitz aims to focus their governance efforts on those projects that have “the effect of increasing decentralization in these key areas,” Amico added. He also mentioned that the company believes that this is the “highest-leverage” way for them to take part in these initiatives and is “more likely to hasten the transition of the underlying protocols towards long-term sustainability than any other approach.”

While sharing some examples of this type of approach, Amico noted that there’s delegated voting, where during the past year, the company has seen “significant innovation in token-based governance models among leading crypto applications.”

“One of the most important new features to emerge is delegated voting, which allows token holders to transfer their voting rights to others so that those delegates may more actively participate in governance.”

Amico further noted that a16z has seen “strong” supporters of delegation and “view it as an important tool to increase the overall diversity of perspectives in governance, to reduce the concentration of voting power across the network, and to increase overall engagement throughout the community.” That’s why they decided to “commit to delegating a significant portion of our voting power in networks” such as Compound and Uniswap to “a wide range of qualified participants,” Amico explained.

Amico further noted that many open-source or decentralized protocols currently possess considerable financial resources as part of their “on-chain” treasuries. These treasuries represent “a powerful tool that can be used to fund ongoing development from the community and set the protocol on a path towards long-term sustainability,” Amico claims.

“[The team at Andreessen Horowitz] supports governance initiatives (such as grant programs) that look to strategically deploy these funds over time, and believe they are beneficial [because] they allow a protocol to leverage an immense amount of third-party developer talent and resources around the world, far greater than any one company or developer team could bring to bear.”

“[This approach also] creates a meaningful economic opportunity for a variety of people around the world who would otherwise not have access to this work, or would be forced to do it for free. And finally, they reduce the degree of reliance on the efforts of the original development team, which may in turn reduce regulatory risk for the protocol in certain key contexts.”

For instance, Uniswap token holders are able to control an on-chain treasury valued at more than $7 billion (vesting over the next 4 years), Amico noted. He added that these funds may be used to incentivize or reward activities such as “gas optimizations for the underlying protocol, or integrations with other apps, or new front-end interfaces, or even marketing activities designed to boost growth.” They may also be used “to fund protocol delegates to further decentralize the governance process.”

“[Andreessen Horowitz is] excited to support the creation of a formal Uniswap grant program last year, and look forward to supporting similar efforts to incentivize community engagement in other protocols as well.”

The VC firm also believes that token distribution models that “reward bonafide early users and contributors are likely to create more engaged communities, and therefore more sustainable protocols,” Amico noted. He explained that “these are the types of users and developers who add value before a protocol achieves real network effects, or even has much inherent utility.”

Examples include the early adopters and liquidity providers on Uniswap and the early application developers who created various solutions on top of Compound, Amico noted.

“We believe that these are the types of users who are likely to be the best long-term stewards of the protocol. While any token distribution model must take into account regulatory considerations, we generally believe that efforts to reward these types of early adopters are likely to position a protocol for long-term success, and we look to support them wherever possible.”

“Protocols that achieve meaningful decentralization are more likely to gain long-term adoption and sustainability than those that do not. While the potential design space of governance is massive, we remain guided by this basic principle, and support initiatives that we feel embody it.”

Siam Validus, an SME Funding Platform, Acquires a Debenture Crowdfunding License from the SEC in Thailand