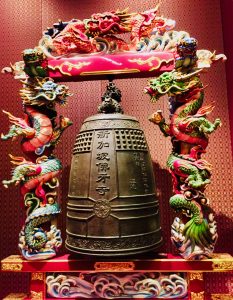 The Monetary Authority of Singapore (MAS), the nation’s central bank and financial regulator, and the Singapore Exchange Regulation (SGX RegCo) have asked the general public to be on alert to the potential risks that may be involved in trading in securities incited by online discussion forums and various social media groups.

The MAS and SGX RegCo issued a statement in which they noted that they’re closely monitoring financial market activities for any signs of fraudulent activities or other forms of misconduct. This follows SGX RegCo’s December 10, 2020 warning to the public of “pump and dump” activities which were “exploiting” Telegram chats and other social media platforms.

The MAS and SGX RegCo have confirmed investor interest in Singapore in “recent activities in US markets relating to stocks such as GameStop, AMC Entertainment Holdings, and BlackBerry,” the announcement noted. It also mentioned that “discussions in online websites and platforms suggest the possibilities for similar speculative activities in the Singapore stock market.”

“The public should be aware that certain individuals may exploit this interest for their own benefit through ‘pump and dump’ activities that can amount to market misconduct under the Securities and Futures Act (SFA). These perpetrators may do so by setting up positions in certain securities. They then use social media chat groups to incite investors to buy these securities in a manner similar to how individual investors collectively pushed up certain share prices in the US.”

But then almost as soon as the prices of these assets or securities have reached certain levels, the perpetrators may then quickly sell the securities that they had acquired without informing other investors.

“Any conduct that intentionally, knowingly, or recklessly creates a false or misleading appearance regarding the active trading, market or price of securities is prohibited under the SFA. Other prohibited acts include but are not limited to the making or dissemination of false or misleading statements, fraudulent inducement to deal in securities, and the employment of manipulative and deceptive devices. Investors should make sure they refrain from conduct that could infringe the SFA. Firm action will be taken against those who breach the SFA or other laws and regulations.”

The MAS and SGX RegCo stated that they’re “closely monitoring market activities for signs of false trading or other forms of misconduct.” They also confirmed that certain “restrictions may be placed on the trading accounts of those suspected of such misconduct and the relevant securities may be placed under designation or suspension.” The MAS and SGX RegCo added that they’re working cooperatively with SGX member companies to ensure the market “remains orderly.”