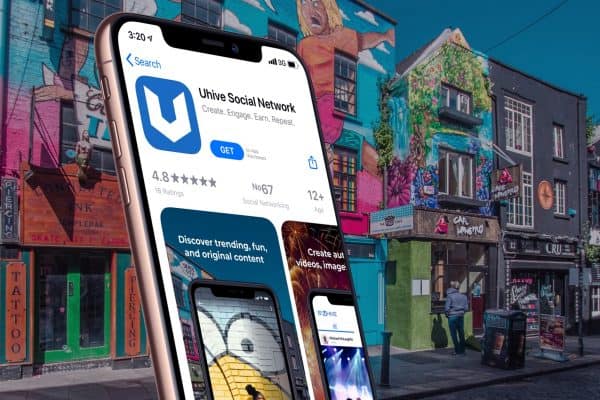 Uhive, a UK-based cryptocurrency-powered social network, has raised more than £662,0000 through its equity crowdfunding campaign on Seedrs. The funding round, which launched month, sought to secure a minimum of £500,000, has attracted nearly 400 Seedrs investors.

As previously reported,  Uhive describes itself as a new free advanced social network that is divided into two “contrasting worlds,” which are Civilized and Grey, featuring VR and UHive Token.

“Current social networks flood users’ feeds with hidden agendas, which is the result of auctioning off their data to the highest bidder. Uhive tackles this problem head on by leveraging its own cryptocurrency – Uhive Token – to create revenue streams that include peer-to-peer transactions and interest-based advertising, as well as the sale of in-app digital assets, so that a user’s privacy is never compromised in the name of profit.”

Uhive further revealed its network is built to support millions of users, and boasts the most jaw-dropping features on one social network. They include; an advanced AI and recommendation engine, media streaming, crypto wallet, 3D simulated world (which doubles as a virtual real-estate market for trading spaces), an anonymous ‘Free World’, chat/messenger, peer-to-peer awards, and more.

“Uhive’s unique content-discovery model allows users to choose and fine-tune the content that they see by selecting from 26 different interests. Content creators can use Uhive’s paywall feature to earn, rewarding quality posts with cryptocurrency payments. Our mission is to create the most sustainable, creative, fun, and transparent social media platform in the world!”

Funds from the Seedrs campaign will be used to continue the growth and development of the Uhive platform and team. The company is now offering 4.42% in equity with a £13.1 million pre-money valuation through the round, which will close next weekend.