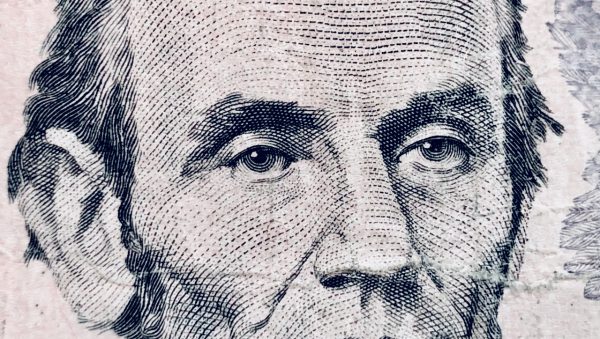 Digital asset exchange Coinbase recently published its Around the Block #11: “A snapshot of decentralized finance (DeFi) and two sides of the crypto regulatory spectrum” (report), which aims to cover important issues in the crypto and blockchain industry.

In this latest edition, released on February 3, 2021, Justin Mart and Ryan Yi take a close look at the current state of DeFi and the evolving digital currency regulatory space.

During the current crypto bull market, DeFi has “continued its strong rise,” the report confirmed. It pointed out that starting in the summer of last year, DeFi initiatives experienced dramatic growth in Total Value Locked or TVL (as tracked by DeFi Pulse and many other sites).

“Nevertheless, true zero-to-one innovations in DeFi cannot be discounted as part of the growth story. These are things like synthetic assets (e.g. Synthetix, UMA, and Mirror), increased capital efficiency in financial products (e.g. Aave, Compound), open financial access (including flash loans and emerging remittance use cases), and composable protocols that layer DeFi projects together like Yearn.”

Total Value Locked in DeFi protocols (TVL) currently stands at over $32B at the time of writing, a remarkable 2700% growth year-over-year. Meanwhile, the number of DeFi users has grown to exceed 1.2M, as “defined by the number of unique addresses accessing DeFi services,” the report revealed. It also noted that mainstream protocols such as Uniswap and Compound now claim around 200–500K users, with “most other DeFi apps between 25–50K users.”

DEX (or decentralized / non-custodial crypto exchange) volume has also maintained its steady growth since July 2020. Total DEX volume has “surpassed most centralized exchanges, topping $10B per day in January 2021,” the report confirmed. It also mentioned that volume has been “driven by growth in DeFi, but also tailwinds from broader crypto bull markets and sustained traction in categories where DEXs enjoy competitive advantages.” These include “access to the long-tail of novel DeFi tokens; and efficient swaps between highly correlated assets (e.g. stablecoins),” the report added.

But DEXs today settle trades on the Ethereum mainnet, and are subject to “oppressive” gas prices during periods of increased activity. This “drives continued interest in scaling solutions, with a notable milestone as Synthetix has launched on Optimism (a rollup-based scaling solution),” the report added.

“DeFi is moving too quickly for any single person to keep track.”

But some major themes include:

During the last quarter, FinCEN and the OCC have introduced several crypto regulatory policies, the report from Coinbase noted. While both are under the purview of the US Treasury Department, the guidance appears to be on “the opposite ends of the spectrum toward crypto friendliness,” Coinbase claims.

They explained that FinCEN is responsible for ensuring that companies follow applicable KYC/AML regulations, which are really important for digital currency exchanges (or VASPs — virtual asset service providers) such as Gemini, Kraken, Coinbase, among others. Digital asset exchanges must verify their users’ identities (KYC) and use blockchain or DLT forensic tools to examine digital currency transactions to ensure deposits don’t come from illicit sources.

FinCEN has proposed an amendment to the Bank Secrecy Act’s FBAR regulations, which is specific to cryptocurrencies or VASPs. The new amendment will require US residents to report their cryptoc-asset holdings and transfers valued at more than $10,000 regardless of where these assets are being held.

The amendment could require US citizens to report crypto holdings in excess of $10,000 that are maintained in overseas accounts, and also require exchanges or digital wallets to store client details related to any transfer valued at more than $3,000, and also report these details to FinCEN for any transfers valued at over $10,000.

The public notice only had a 15-day comment period over the recent US holiday break, which made it quite challenging for VASPs to respond properly.

Many crypto firms (Coinbase, Fidelity, Square, CoinCenter, ErisX, among others) have issued strong responses which have noted that the suggested rules may create issues. These companies or organizations have also criticized the rushed nature of the proposal. Since then, the US Treasury decided to extend the comment period, but the future still “remains unclear given the new administration,” Coinbase claims.

The Office of the Comptroller of the Currency (OCC), an independent bureau in the Treasury which is responsible for assisting with the “charter, regulation, and supervising banks,”  appears to have “come out on the other end of the spectrum with recent guidance,” Coinbase stated in its report.

“It’s clear that national banks may now participate in the crypto economy through custody and settlement. Notably, Jan 2021 guidance which legitimizes public blockchains as settlement infrastructure, placing blockchains on par with ACH or SWIFT. … federal banks can serve as large validators on blockchains (e.g. miners), or more practically, banks may ultimately settle transactions on Bitcoin, Ethereum, or through stablecoins.”

“This is the first step in regulatory action required to bridge the crypto economy into traditional financial infrastructure. … while the OCC is the federal regulator, it is not the only regulator. There will be an interplay between the interpretation of this guidance from the state vs federal level.”

“Separately, adoption will take time — blockchains are still relatively new and lack some core features (e.g. privacy, scalability), but this is a promising development. To their credit the Treasury has since extended the comment period, and the proposal potentially hangs in limbo with the incoming Biden administration.”

Is Crowdfunding A Good Idea As A Buyer