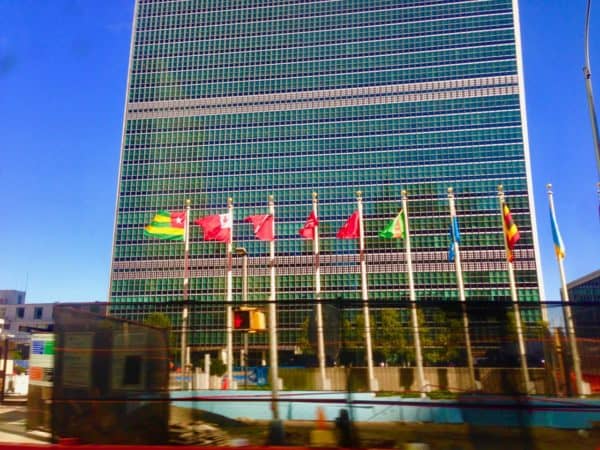 As a key member of UNESCO’s Global Education Coalition, Chainlink will aim to make educational resources and development initiatives openly available and accessible to individuals and institutions throughout the world. This initiative has been launched to “enhance everyone’s underlying knowledge and skillsets, allowing them to properly apply blockchain technology and universally connected smart contracts to improve the lives of everyday citizens and strengthen social cohesion.”

Chainlink remains focused on providing educational and financial resources from its Community Grant Program in order to achieve these goals, including creating various education materials and developer resources on how to implement “universally connected” smart contracts, as well as providing grants to “high social impact” initiatives and hosting hackathons to “incentivize developers all over the world to utilize universally connected smart contracts as a tool to create economic fairness.”

As explained by Chainlink, these universally connected smart contracts are “primed to redefine how society stores, records, and exchanges value, shifting away from centralized systems that are opaque and subject to counterparty risk and towards decentralized systems that have built-in mechanisms to ensure all stakeholders are equally represented.”

“Enabling an economically fair and transparent system of contracts is the guiding vision of the Chainlink team and Chainlink’s explicit mission as an open-source, community-enabled, and shared global infrastructure.“

Chainlink also works closely with other global organizations such as the World Economic Forum (WEF) on projects that aim to advance institutional understanding of smart contracts and will also “support governments and organizations involved in the Coalition in exploring how smart contracts can be applied at the local, national, and international levels.”

(Note: for more details on this announcement, check here.)

In another update shared with Crowdfund Insider by the team at Kraken, the US-based digital asset exchange stated that it would be making the trading platform’s spot prices available to decentralized finance (DeFi) applications and developers on Ethereum and other major blockchain networks.

As mentioned in the update, Kraken will be running its own Chainlink node.

Kraken claims that it’s one of world’s largest and most liquid digital currency exchanges. The company believes that it’s “critical to make our cryptocurrency data accessible directly on-chain to help trigger the secure and reliable execution of DeFi applications.”

By operating their own Chainlink node, the exchange will be able to use the service to broadcast its Oracle Rates on any blockchain or DLT network. It will also be able to leverage Chainlink’s “built-in cryptographic signing” capabilities to offer a “definitive on-chain proof of that data originating directly from Kraken.”

The researchers at Kraken Intelligence had also published an extensive report which covered the potential risks of “price manipulation and other vulnerabilities in DeFi markets to help market participants safely invest in these new opportunities.”

According to the US-based exchange:

“Providing Kraken spot prices through Oracle Rates is an important step towards increasing transparency and building trust in the digital asset industry.”

“Kraken prides itself on the ability to look ahead and provide products and services that match market demand in a thriving cryptocurrency space. Given the growth of DeFi and the need for high-quality data feeds to keep it secure, we’re excited to make our exchange data spot prices available to DeFi developers through our own Chainlink node. Not only will this provide DeFi with accurate price feeds from a high-volume exchange, but we can cryptographically sign this data on-chain to prove without a doubt its origin.”