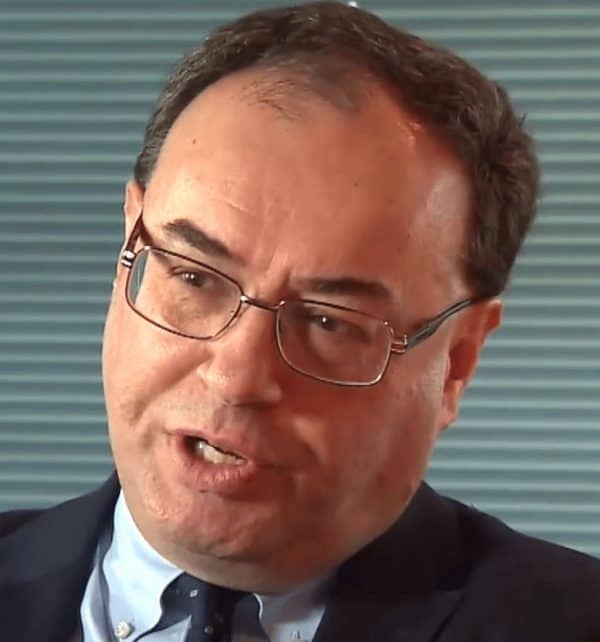 Existing virtual currencies are unlikely to last, according to Bank of England governor Andrew Bailey.

Decentralized cryptocurrencies like Bitcoin (BTC) or Bitcoin Cash (BCH) don’t have the appropriate structure to work as a viable long-term payments method, according to Bank of England (BoE) governor Andrew Bailey.

While attending the recent World Economic Forum (WEF) panel, Bailey confirmed that there have been a lot of innovative projects being launched in the digital payments space during the past few years.

But Bailey also pointed out:

“Have we landed on what I would call the design, governance and arrangements for what I might call a sort of lasting digital currency? No, I don’t think we’re there yet, honestly. I don’t think cryptocurrencies as originally formulated are it.”

The key issue, for Bailey at least, is the high degree of volatility associated with speculative  cryptocurrencies, as seen recently with Bitcoin’s wildly fluctuating price movements.

According to Bailey, this is where central bank digital currencies or CBDCs may have a  significant advantage. He also believes that it’s a good idea to explore the feasibility of issuing a CBDC, while noting “those issues are up for grabs.”

Other prominent global banking industry professionals have also recently commented on whether Bitcoin or other digital currencies can serve as a legitimate financial instrument.

Bitcoin might “break down altogether,” according to the Bank for International Settlements (BIS) General Manager Agustin Carstens, who has also criticized so-called stablecoin initiatives like the Facebook-led Diem (previously Libra) project. Carstens has stated that if virtual currencies are required, then they must be issued by central banking institutions.

Carstens added that Bitcoin is “more of a speculative asset than money” that could “be seen more like a community of online gamers, who exchange real money for items that only exist in cyberspace.”

Carstens, whose comments came while delivering a speech on digital currencies to the Hoover Institute, pointed out that “investors must be cognisant that Bitcoin may well breakdown altogether” as it gets closer to its maximum supply of 21 million coins. The BTC network could also be susceptible to a 51% attack, according to Carstens. A hypothetical 51% attack occurs when a single entity (usually a malicious actor) manages to gain control of the majority of a cryptocurrency network’s hashrate or computing resources used to secure the network.

However, Carstens’ recent comments and those of other reserve bank officials indicate that they still have quite a limited understanding of decentralized, cryptographically-secure digital currency networks. This may be in large part due to their highly technical nature which has blurred the distinction between economics concepts and technological breakthroughs.

To be clear, it would be nearly impossible to carry out a 51% attack on a network as large and as decentralized as Bitcoin. A potential attacker(s) would have to acquire more computing power than all of the network participants. Even if the bad actor manages to acquire majority hashing power, they would only be able to double spend their own coins (worst case scenario).

Even carrying out a 51% attack on relatively smaller networks like Ethereum is highly unfeasible and becoming increasingly difficult.

Hash rate & fee dynamics are an underrated aspect of the flippening. #Ethereum usage, fees & MEV are growing much faster than #Bitcoin‘s. Hash rate is following. The $ETH chain could soon be more secure, even before the PoS switch. pic.twitter.com/Y77nFbBDT5

It appears though that Carstens’ main argument (and also that of other reserve bank officials) is that “if digital currencies are needed, central banks should be the ones to issue them,” presumably because they can’t trust public infrastructure to manage the world’s financial system.

A recent BIS survey reveals that 86% of 65 central bank respondents are currently engaged in some type of CBDC-related research or experimental projects, with countries like China now having taken the lead when it comes to issuing its own national digital currency.

“In all this, the need for international coordination cannot be overstated. It is up to individual jurisdictions to decide whether they issue CBDCs or not. But if they do, issues such as ‘digital dollarization’ and the potential role of CBDCs in enhancing cross-border payments need to be addressed in multilateral forums.”