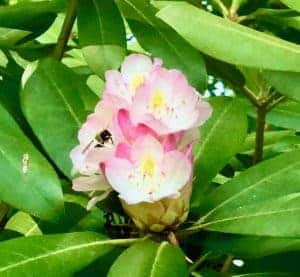 UK’s PensionBee, an online pension provider, had introduced a new product, allowing self-employed savers to easily set up a pension “from scratch.” Its reportedly an offering that may work quite well for sole traders, which is why Starling Bank confirmed that it has added PensionBee to its Business Marketplace, which is the space in the app where clients are able to link to third-party products and services.

Starling Bank’s management confirmed that PensionBee has been available to the neobank’s customers since 2018. It’s latest integration is specifically for sole traders, which includes people who’ve never actually had a pension before. Connecting to PensionBee via the Starling app is fairly straightforward and only takes a few minutes, Starling explained.

Both self-employed and personal customers may combine their existing pension plans into one new online plan, which is then managed by PensionBee.

“Before taking any such financial decisions, it’s important to be confident that you fully understand all the implications and fees, and if you have any questions, you should consult a financial adviser or pensions transfer specialist.”

One of the main benefits for Starling clients who set up a pension with PensionBee is “the visibility you have over your balance.” After your Starling account and PensionBee account have been connected, you’ll have the option to check your pension balance directly via the Starling app.

There’s also an option to view a list of older or previous transactions, “outlining the value of recent contributions.” There’s notably no minimum contribution amounts with PensionBee, and you may add to your pension “whenever your income allows.”

“Remember that with investments, your capital is at risk. This means that the value of your pension can go down or up, so you could get back less than you invested.”

There are “no monthly account fees for the Starling sole trader account itself.” And “subject to eligibility,” Starling personal customers have the option to apply for an account directly via the app in only a few minutes.

PensionBee provides 9 different plans, each designed for addressing different saving requirements and goals. For instance, with their Tailored plan, funds are transferred into “safer investments as you get older.” Then there’s the Future World plan, which strategically invests funds into businesses that have committed to move to an “environmentally-friendly economy.” There’s also the Fossil Fuel Free plan, which excludes investments made in the tobacco or arms industries, or in firms that “own proven or probable reserves in coal, oil or gas.”

Executive coach Rebecca Morley, 41, reveals that she joined PensionBee a couple years back.

“From previous roles with corporate companies, I had four separate pensions. When I became self-employed, I knew that I needed to set up a fifth and I wanted a place to consolidate all those old pensions. The amount of paperwork I received from four pension providers felt really overwhelming and I wanted to be able to keep track of everything in one place. PensionBee has made it much simpler and easier.”

As a sole trader, Rebecca now has the option to connect her PensionBee account to her Starling sole trader account and then check her pension balance directly via the Starling app.