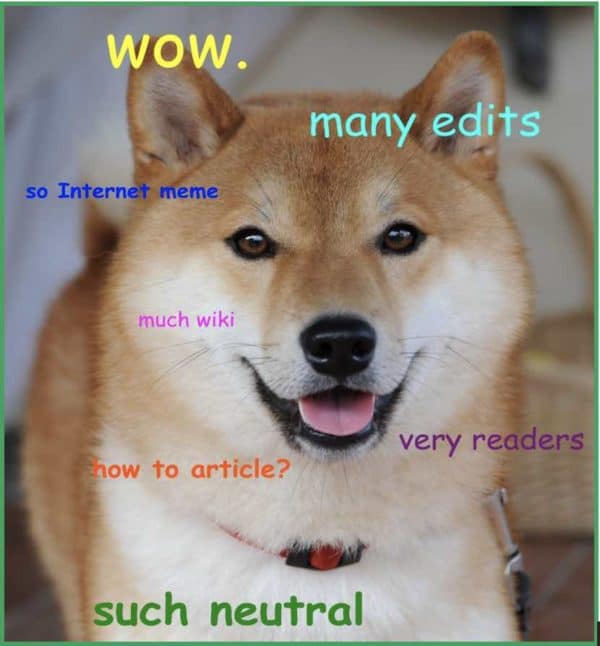 Cryptocurrency markets can be “insanely volatile” in both directions, however, the recent market activity felt like “something else” with everyone’s favorite memecoin, DogeCoin (DOGE) surging nearly 10x in just 24 hours (breaking into the top 10 cryptos), Anthony Sassano from EthHub confirmed.

He also noted in the Daily Gwei that Dogecoin is a cryptocurrency that was created back in 2013 and has managed to survive up until this day by “harnessing the power of meme magic.”

Sassano reveals that he was actually active in the digital assets space when Dogecoin was first created during one of the first Bitcoin (BTC) bubbles of 2013/14. According to Sassano, the best part about all this back then was “the community,” because they were quite “friendly and welcoming.”

Sassano recalls that back then, they’d do things such as raise funds for a bobsled team, or even sponsor a Nascar driver and would often tip people in DOGE via different Internet forums. Sassano claims that these things were “a huge deal” at that time because crypto was still “a very nascent space and most people still thought Bitcoin was a scam (and Ethereum didn’t even exist yet) so Dogecoin was many people’s first ‘taste’ of crypto and for that it keeps a special place in many hearts to this day.”

Unfortunately, over the past few years. the Dogecoin community “evaporated and the coin became the target of many pump-and-dumps as there really is no fundamental value to DOGE,” Sassano claims.

He acknowledges that DOGE can be seen “moving” in its price chart and “every once in a while DOGE will quickly increase in price and then quickly dump again a short time later.” He pointed out that during these pump-and-dumps, many newer and uneducated crypto investors will lose a lot of funds because they bought the top and/or may engage in panic selling.

Sassano clarified that this doesn’t only happen with DOGE, but because of “the meme, charm, and wittiness of the cryptocurrency, it tends to lure many newer people in – not to mention that it has a very low unit price leading people to believe that they are buying it cheap’ because they don’t know what a market cap is.”

The above scenario is pretty much what played out on Thursday (January 28, 2021) with many people who are “completely new to crypto” purchasing DOGE through Robinhood (as it’s one of the handfuls of cryptos the stock trading platform currently supports). This led to “an extreme price rise in a very short amount of time and was honestly quite scary as it was giving me flashbacks to the end of the last bull market,” Sassano added.

DOGE was down around 30% only 24 hours after its massive pump, Sassano confirmed. This indicates that many people have lost money (for now at least). But everyone “needs a front door to discover this industry and that front door is usually speculating on various coins so there is a bright spot here,” Sassano claims.

“I think we’re about to see a massive wave of new people enter this ecosystem for the first time and my hope is that many of them find their way into the Ethereum and DeFi communities. We have so many awesome apps for them to use and it’d be a shame if they just stayed on centralized exchanges and speculated on random coins – let’s all work really hard to help these new people go bankless.”

Sassano isn’t the only one who believes that many new people will begin exploring digital asset investments and trading. Elon Musk, the Founder of Tesla and SpaceX and the world’s wealthiest person, recently noted that Bitcoin (BTC) appears to be “on the verge of getting broad acceptance” by traditional finance industry participants.

“I think Bitcoin is really on the verge of getting broad acceptance by sort of the conventional finance people. I don’t have a strong opinion on other cryptocurrencies.”

Musk revealed that his friends tried to get him purchase Bitcoin before, however, he admitted that he’s “late to the party.” Musk also noted that he should have acquired some BTC back in 2013, which was when one of his friends had introduced the pseudonymous digital currency at that time.

Musk also discussed how he likes to make jokes about Dogecoin sometimes.

History of Rubber Bracelets - From Fashion To Fundraising