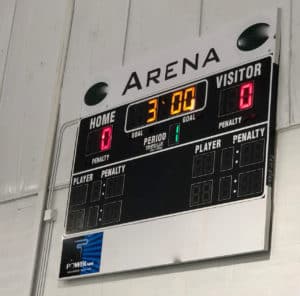 Peer to peer lending marketplace Mintos has confirmed that the first update of its Mintos Risk Scores is now live and accessible.

The European loan marketplace provider notes that it’s sharing the first quarterly Mintos Risk Score update “since this numerical model for evaluating risk of investing in loans was introduced in October 2020.” The latest update of the scores and subscores is reportedly based on the monitoring and evaluation of data from the third quarter of last year.

The Mintos team noted that on their Risk Score updates page, you may find detailed information regarding all the different changes made to the company’s Risk Scores and subscores, and comments regarding each case, beginning with 2021.

For clients’ convenience, there’s also an option to obtain a spreadsheet that compares Mintos Risk Scores and subscores quarter by quarter (for now, Q2 and Q3 of last year). The Mintos team stated that they plan to continue offering historical data on the page following every new update.

“The third quarter of 2020 brought mostly positive trends, reducing the risk of investments. Despite the downward trend in risk, the interest rates for loans on the Mintos marketplace continued to increase as lending companies faced competition for investor’s funds. Most of the lending companies have adapted their business model to the new market conditions. Many have started to increase their loan portfolios and have regained profitability.”

According to Mintos, this is “reflected in the most recent update of the Mintos Risk Score.”

The most notable improvement, according to Mintos, was in the Buyback Strength subscore which was updated recently for loans provided by 23 lending firms, meanwhile, for loans from 5 firms was downgraded. This aims to reflect improvements in the overall “financial stability” of the lending firms, gained via “strengthened equity position, increased profitability, and more diversified funding sources,” the Mintos team noted.

They also mentioned that the Loan Servicer Efficiency subscore was updated for loans provided by 12 lending firms and also downgraded in 6 cases. Upgrades came “mostly as an outcome of improved risk controls and internal processes of the lending companies, but also as a result of improved financial stability,” Mintos claims. The downgrades are “mostly due to increases in loan provisions, hence weaker financial position on a standalone loan servicer level,” the P2P lender added.

They also pointed out that the weakest trend may be seen in the Loan Portfolio Performance subscore, as upgrades were “made only for loans issued by 7 lending companies, while in 11 cases they were downgraded.” Among the key reasons for downgrades are “more volatile issuance volumes when it comes to new loans and a decrease in the proportion of collateralized loans,” Mintos explained.

“When it comes to the Cooperation Structure subscore for loans on Mintos, there were only marginal changes. This subscore was upgraded in 3 cases, and this is because of internal revisiting of the legal cooperation frameworks between Mintos and lending companies. For the affected loans, historically the legal structure was both indirect and direct. The legal data update leaves only one active structure, with a pledge covering all outstanding loans on the marketplace.”

In other cases, the cooperation structure subscore “remains unchanged,” Mintos clarified. To view detailed comments regarding the recent changes in the Mintos Risk Scores and subscores, you may check out the company’s Risk Score updates page.

As noted by the company, the normal schedule for the Mintos Risk Score updates is “quarterly.” Exceptions, however, can be made in certain cases when there’s “significant material improvement or deterioration for specific loans on the marketplace, in which case the changes are introduced as necessary.”

(Note: for more details on this update, check here.)

On January 28, 2021, Mintos had organized its second AMA session related to funds in recovery on Mintos. The event was hosted by Dmitry Amelin, Debt Collection Manager at Mintos, and Janis Pranevics, Mintos Head of Partnerships.

The session was conducted to provide updates to investors on the company’s ongoing efforts to recover investors’ funds from the “suspended and defaulted lending companies in Q4 2020 and expected recovery volumes in Q1 2021.” The Mintos team had also answered “the most popular questions from investors.”

A recording of the session may be accessed here. The Mintos team will also include the data shared in the session in their monthly update on recoveries, which will reportedly be published on February 4, 2021.