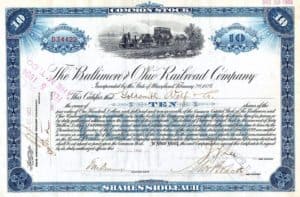 Jonah Schulman, the Head of Marketing at Security Token Market,  a US-based company focused on a listing website for Security Token Offerings (STOs) from all over the world, says that when he says “no” to US equities and “yes” to security tokens, he’s “actually saying yes” to blockchain or distributed ledger technology (DLT) and “no” to the existing financial infrastructure.

As explained by Schulman, a security token is basically a digital representation of an asset that’s recorded on the blockchain or DLT-enabled platform. Therefore, all US equities “can and will become a security token when the traditional markets adopt blockchain as its underlying infrastructure,” Schulman predicts.

“[Currently,] the US stock market is still operating in its archaic, traditional ways. I am certainly not taking a shot at the SEC or any regulatory body, I understand that these [changes] … take time. There’s a problem here though … one that is strong-holding the vast majority of the US population from realizing their financial potential. Unless you are a high net-worth individual and/or have a connection to private investment opportunities, you will be limited to the public markets for investment (for the most part).”

He also clarified that it’s not due the government or some organization(s) of “high-power” that are intentionally excluding the general public from investment in certain alternatives. It’s because transactions of privately-held assets are “10X more cumbersome and costly,” Schulman claims.

He points out that there’s a saying that “the rich get richer and the poor get poorer” and that this statement is quite relevant today as the wealth inequality gap is “growing exponentially.”

He explained that many of the lucrative investment opportunities are found or realized when you have “connections to these deals or have large sums of money yourself.” He also mentioned that this is why it’s “incredibly hard to make your first million, but 10 times easier to make your second.”

“I am not saying there is a wealth inequality issue in the world (although, some countries there definitely is). I am merely saying, if you come from a less fortunate family or jurisdiction, your opportunities are greatly limited. With security token technology, it has the potential to eradicate or at the very least provide the opportunity to close this gap.”

Schulman added that by democratizing, fractionalizing, and utilizing retail investor private securities exemptions, “all investor demographics can also have a piece of the pie.”

“Some of the private securities exemptions have become more advantageous for US retail investors; such as, increasing the max fundraising amount for Reg CF from $1.07 million to $5 million, as well as the increase from $50 million to $75 million for Reg A+. On top of that, the SEC is doing a phenomenal job expanding the accredited investor definition, focusing more on financial literacy vs an individual’s net worth — expediting the innovation timeline.”

It’s worth noting, however, that on January 21, 2020, the Assistant to the President and Chief of Staff Ronald Klein distributed a Presidential Action by President Joe Biden that is poised to impact recent improvements to security crowdfunding including the Reg CF and Reg A+ exemption.

Entitled Regulatory Freeze Pending Review, President Biden has ordered that rules that have been published in the Federal Register but have not taken effect will be delayed by 60 days of the memorandum which would be March 22, 2020. Rules that have been sent to the Office of the Federal Register but not published are to immediately withdrawn for review and, perhaps, approval.

On December 5, 2020, Representative Maxine Waters, Chairwoman of the House Committee on Financial Services, sent a letter to President-Elect Biden requesting a rollback of a litany of rule changes enacted by the Trump administration – some of which impacted Fintechs.

On January 15, 2020, Chair Waters sent a 2nd letter addressed to the incoming Biden administration asking him to “temporarily suspend any midnight regulations” promulgated by the Trump administration. This letter asked that any rules that have not yet been published in the Federal Register while requesting to “postpone the effective dates of rules at least 60 days that have already been published in the Federal Register but which have not yet taken effect.”

It appears that President Biden has heeded the request of Representative Waters as regulatory review impacting financial services was one of the first acts by the new administration.

The Presidential action may impact improvements to the investment crowdfunding sector including funding increases to Reg CF and Reg A+, as well as some other areas of Fintech.

Despite these issues, Schulman believes we’re “entering an era of rapid growth.” He thinks that “with the underlying technology that blockchain harnesses, the financial world will become bigger, stronger, and more inclusive.”

“The private markets have been growing 4X faster than the public markets…and the crazy part about that is the private markets are illiquid….In essence, when assets become liquid, their value, in theory, should rise. When an asset has liquidity — more often than not, it trades higher than when it’s illiquid due to the fact of the attractiveness liquidity provides — your money.”

Last year, there were “a total of 26 security tokens with live-trading data on stomarket.com (including 22X, which delisted themselves from OpenFinance this past December),” Schulman noted. He also mentioned that if you had invested in the Security Token ETF at the beginning of 2020, then your investment portfolio would have “outperformed the US equity markets by ~43%.”

The Security Token ETF is “a hypothetical ETF that invests in all security tokens with live-trading data on stomarket.com,” Schulman explained.