This project raised six figures on Kickstarter from 5,000 backers.

Not only that, but they didn’t even really have a following before going live. 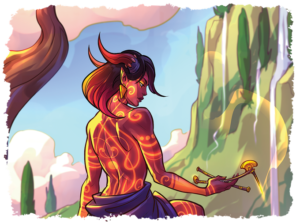 How crazy is that?

In our remarkably candid episode, the founder of this project (who’s a librarian) reveals exactly how they were able to rack up so many pledges in a short time.

This is the Tome of Mystical Tattoos Kickstarter project, a compendium of over 100+ unique magical tattoos compatible with the fifth edition of Dungeons and Dragons!

Got some great ones coming soon. Stay tuned!

The post 😲 $137,587 on Kickstarter (Without a Following) appeared first on Crowdfunding Success Tips.