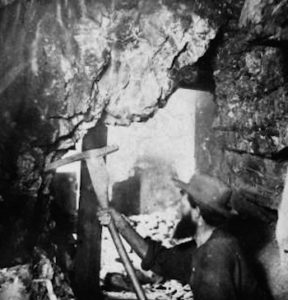 Institutional investors have been gaining more exposure to alternative assets such as Bitcoin — particularly large hedge funds. These clients are now willing to aggressively promote or defend Bitcoin’s (BTC) unpredictable and wild price fluctuations. Large publicly listed firms such as MicroStrategy believe or claim that BTC is a brand new asset class in the making.

The pseudonymous cryptocurrency has been trading at anywhere between $5,000 to nearly $42,000 during the past year, and trying to argue over its true or real value is like “a scholastic spat about angels on a pin,” according to analyst and writer Lionel Laurent.

Laurent asks whether BTC could reach six figures, even seven, or is it actually even worth anything at all? He claims that the mystery only adds to Bitcoin’s “allure.”

Laurent, who writes in an Op-Ed published by Bloomberg Opinion, points out that the speculative digital gold rush is somewhat understandable during these unprecedented times resulting from the COVID-19 pandemic. He acknowledges that we’re living in an unpredictable and chaotic environment of “easy money” and a lot of “day-trader FOMO.”

However, Laurent claims that the “non-virtual” side of Bitcoin purchasing, such as the massive amounts of energy consumption required to mine it, is not getting nearly enough attention as it should.

Instead, the nascent crypto industry is usually mentioned along with energy-transition trades like Tesla Inc., which has become a very popular retail-investor choice, despite the fact that purchasing Bitcoin makes portfolios “less green,” Laurent noted.

The Bitcoin (BTC) protocol requires vast amounts of energy-intensive computing resources in order to verify or validate distributed ledger technology (DLT)-based transactions. If the Bitcoin network were considered to be a country, its annualized carbon footprint could be comparable to nations states like New Zealand at around 37 million tons of carbon dioxide.

One BTC transaction can generate the CO2 equivalent to 706,765 Visa credit card transactions, according to estimates from Digiconomist. When you also add in BTC’s main use case as merely a speculative trading instrument and the numerous regulatory warnings it receives, it becomes difficult to conceive that the virtual currency could ever score reasonably high on ESG, Laurent argues.

Energy estimates are not considered an exact science, however, the direction of travel for energy production and consumption appears to be quite clear. Bitcoin, the flagship cryptocurrency’s yearly consumption is somewhere at about 77.8 terawatt-hours, up considerably from around 9.6 terawatt-hours back in 2017, according to data from Digiconomist.

Meanwhile, another index, published by the Cambridge Center for Alternative Finance, estimates a much higher 108.4 terawatt-hours. The economics of cryptocurrency mining have managed to outpace the typical laptop a long time ago, with companies such as Marathon Patent Group Inc. now purchasing numerous specialized chips at one time, in order to power their massive cryptocurrency “farms,” Laurent confirmed.

He points out that it would be one thing if this whole process were occurring in just one area or country like Sweden, which reportedly has a carbon tax of over €100 per metric ton of CO2 (with certain applicable exemptions), or within the EU’s carbon emissions trading system (with rates at about €34 per ton). However, one report indicates that nearly 50% of the global BTC mining capacity is based out of southwest China, where electricity rates are quite low, less taxed, and also provided by coal-fired plants and hydroelectricity, Laurent explained. He also mentioned that the Cambridge Center for Alternative Finance estimates coal represents around 38% of miner power.

He also notes that the “defense” from Bitcoin enthusiasts is that this is “good” overall. That’s because the energy that would get “wasted” otherwise is leading to a net positive outcome where the share of renewables will keep growing, Laurent noted. The Siberian city of Norilsk, for instance, is now hosting the Arctic region’s very first cryptocurrency farm. It’s reportedly made out of scrap metal, and it’s kept cool by sub-zero temperatures and runs on economical gas and hydropower from traditional mining firm MMC Norilsk Nickel PJSC, Laurent added.

According to Laurent, these are somewhat baseless arguments. Cheap or economical electricity supply typically comes with various other expenditures, Laurent explains.  For example, consider the power blackouts that took place in Iran which had been blamed, at least partially, on Bitcoin mining.

Also Ray Dillinger, part of the digital-cash movement (many years ago) that eventually led to cryptocurrencies, recently noted that Bitcoin mining had actually wasted “enormous resources of energy” and this burden fell on taxpayer-subsidized electricity. A research paper published by  Dublin City University researchers revealed that digital currency trading seems to have some influence or impact on the pricing in major electricity and utilities markets.

Laurent confirms that not all virtual currencies require energy-intensive, proof-of-work (PoW) computing algorithms, however, Bitcoin won’t be going back on its founding rules without a battle. That rigidity is actually promoted by Bitcoiners, especially Bitcoin Maximalists, as a feature and not necessarily a bug. Fidelity Digital Assets argues that Bitcoin’s energy inefficiency, for instance, is that it gets you BTC in return.

Laurent further claims that Bitcoiners tend to draw “false equivalences” with “supposedly” worse wasters of energy such as central governments. Unlike governments, the closest Bitcoin gets when it comes to fairly redistributing wealth is celebrity-backed giveaways, which are actually “predatory hoaxes and at best promotional corporate stunts that offer $11 worth of cryptocurrency to people clearly desperate for far more,” Laurent adds.

Researchers have noted that the available alternatives to a carbon tax might include more direct taxation of cryptocurrency mining — though with a good probability of chasing these types of activities away.

Laurent asks what would Bitcoin “really be worth if, in order to care for the world it set out to revolutionize, it changed its algorithm, or if miners unhooked themselves from cheap power?” He concludes by noting that’s “a real price mystery.”