You’ve most likely heard of GoFundMe—the most popular of nonprofit crowdfunding websites—but there are many more operating in the space to create an entire industry. 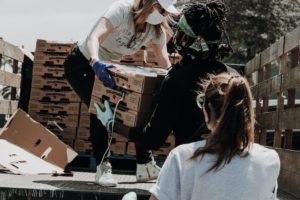 Nonprofit crowdfunding differs from other types of crowdfunding in that backers do not receive anything in return (rewards/perks/equity) for their donations. Every dollar given is for purely charitable purposes, something that sites like GoFundMe work hard to protect.

In this article, I’m taking you through some key statistics pertaining to nonprofit crowdfunding, so that you can get a better idea as to what’s going on in this very unique industry.

Ready to get charitable?

Over one million nonprofit crowdfunding campaigns were hosted globally in 2020. These campaigns aimed to support a range of causes, from:

Nonprofit crowdfunding campaigns were predominantly centered on peer-to-peer fundraising methods, allowing for a much wider reach than the average individual fundraiser.

The average nonprofit campaign raised $9,237 with an average donation of $66. 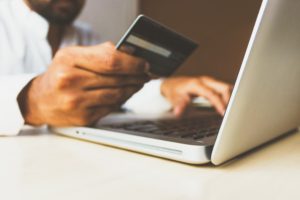 28% of donors were repeat givers. Because nonprofit campaigns are inherently compelling due to cause, people are likely to return again and again.

An average of eight people donated to individual crowdfunding campaigns, with an average of $568 raised for these types of projects.

Although 2020 was a difficult financial year for many individuals, that didn’t stop people from giving to nonprofit crowdfunding campaigns.

Overall giving grew by 4.1% over the past year, which is especially impressive when you consider that this marked the sixth consecutive year of growth.

The three most popular missions that individuals donated their money towards were:

Donors tend to be charitable people in general.

The average donor in the United States was between 24-35 years old and made two charitable gifts throughout the year.

On a worldwide scale, 67% of nonprofit crowdfunding donors also reported that they volunteer in their local community, and 56% regularly attended charitable events.

31% of worldwide donors gave money to people/organizations located outside of their home country.

There was also an interesting split between male and female donors, as males were more likely to give because of email messages while females were more heavily influenced by social media marketing.

Generational differences also produced some interesting findings in 2020. Turns out, based on donor age, they are more likely to behave and respond differently when it comes to how and where they donate.

While all generations preferred to give money online with a credit or debit card, 20% of boomers gave money through direct mail, while Millennial and Gen X donors were more keen to cash donations. 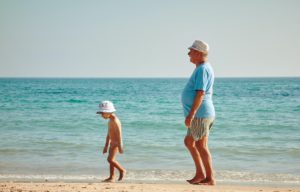 Millennials and Gen Xers were most inspired to give by social media influence, followed by email.

Boomers, on the other hand, were more heavily influenced by email marketing. While 19% of boomer donors were compelled to donate via social media campaigns, they’re lagging significantly behind Millenials and Gen Xers who sought to donate due to social media by 39% and 33%, respectively.

GoFundMe: Titan of the Nonprofit Industry

GoFundMe is by far the leading player in the nonprofit crowdfunding landscape.

As of 2020, the platform has raised over $9 billion from over 120 million donations worldwide.

A new fundraiser is launched on GoFundMe every eight seconds, with 60% of donors being new to the platform at the time of giving.

Nonprofit crowdfunding donations tend to be smaller than traditional crowdfunding campaigns run on sites like Kickstarter or Indiegogo, with 40% of all donations being worth less than $50.

Interestingly, Friday was the most popular day for GoFundMe donations. 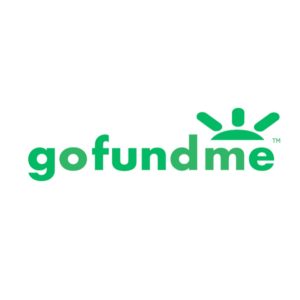 The most active donor on the platform? They donated 293 times to 234 different fundraisers… talk about doing your part.

Some other notable platforms included:

While those platforms each experienced modest growth, respectively, GoFundMe remains far and away the leading choice for both fundraisers and donors.

This is likely due to the fact that GoFundMe broke into the nonprofit crowdfunding scene before these other sites, and many people aren’t aware of alternative platforms.

Additionally, GoFundMe is a household name. When people encounter GoFundMe campaigns on their social feeds, they are more likely to trust that their money is being taken care of.

Nonprofit crowdfunding is a super interesting sector of the crowdfunding industry because it’s aim is so different from that of product and project-based campaigns.

Demographics, methods of influence, and method of giving all impacted the success rates of campaigns in 2020.

While smaller platforms have made strides in 2020, GoFundMe continues to lead the large in the nonprofit crowdfunding industry.

Are you looking to launch a nonprofit campaign of your own?

I have tons of great resources to help you out.

Check out my book, Nonprofit Crowdfunding Explained, for a much more in-depth analysis of how these campaigns work and this video for ideas as to how to get started.

Also, you should subscribe to my YouTube Channel and Podcast where I’m always pumping out awesome content related to nonprofit crowdfunding and the crowdfunding industry as a whole.

I hope these statistics were helpful for you in building some context around the nonprofit crowdfunding industry!