Most of Our Customers Are Into “Buy and Hold” Investing (Video) 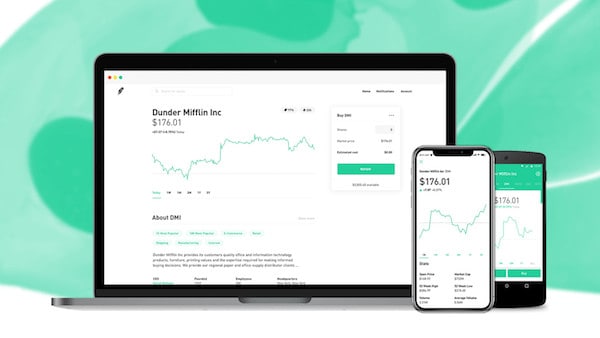 Vlad Tenev, the CEO of modern trading platform Robinhood, sat down with Andrew Ross Sorkin to discuss how he thinks markets will be affected post the COVID-19 pandemic. The discussion notably happened amid retail investors piling into equities at a rapid rate in the new year for stocks such as GameStop, which is reportedly up a staggering 685% for the month as of Tuesday’s closing bell.

Without mentioning GameStop specifically, Tenev stated that most Robinhood customers are doing the “buy and hold” investment approach. He also revealed that Robinhood has “processes that respond to increases in volatility in certain names, by doing things like raising the margin requirements.”

“Like other brokerages do, we monitor volatility, and we take steps as appropriate, like raising the margin requirements. I do think it’s wrong to assume though that most of our activity is characterized by trading of volatile stocks.”

Tenev further shared that Robinhood is focusing its efforts during these volatile times on creating a reliable service, investing in stability, as well as educational tools.  As previously reported, Robinhood, along with other established brokerages, was struggling to keep its trading platform alive due to what CNBC noted was caused by unprecedented trading volume allegedly. Tenev stated:

“As you’ve seen with this market, there’s things happening, different things happening every week. I think we have to avoid, you know running our business as if we’re responding to, you know, what’s in the news on a weekly basis.”

In regards to investors on the Robinhood platform, Tenev added:

“We’re seeing retail investors become a larger and more significant force in the markets. The U.S. stock market has been one of the biggest engines of wealth creation in history.”

Founded in 2013, Robinhood is on a mission to democratize finance for all and it believes it should work for everyone and not just a few. The platform offers commission-free trading in one, user-friendly platform as well as crypto. Trading in stocks, ETFs, and options are offered through Robinhood Financial LLC, member SIPC.

2020 Savings on Auto Loan Refinancing Among Highest on Record