More Than 110 Organizations Will Participate in the FedNow Pilot Program 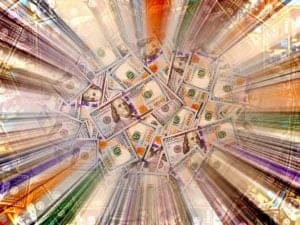 The US Federal Reserve has announced that more than 110 organizations will participate in the FedNow Pilot Program.

FedNow is a payments initiative to speed up payments and transfers. A consultation with a variety of stakeholders took place in 2018 with the concept of FedNow emerging as a new interbank real-time service seeking to support instant payments in the United States.

“We’re gratified by the industry’s tremendous interest and willingness to devote time and energy to help us develop the FedNow Service. As a result, we’ve adjusted to accommodate more participants than we originally planned.”

The FedNow Pilot Program seeks to help shape the product’s features and functions, provide input into the overall user experience, ensure readiness for testing and be the first to experience the FedNow Service before its general availability. In the initial advisory phase, participant input will help to further define the service and adoption roadmap, industry readiness approaches, and overall instant payments strategy.

In response to this interest, the Federal Reserve said it is creating an “ecosystem participant” program beginning later in 2021. Among other activities, ecosystem participants will provide feedback on specific features and use cases and help support end-to-end testing of solutions leveraging the FedNow Service, in coordination with corresponding financial institution partners. Their participation is expected to help drive adoption, innovation, and breadth and depth of end-user solutions over time. Additional details will be announced soon.

The list of participants in the pilot program is below.

Crypto Transactions have AML Capabilities that are Almost Impossible to Replicate in Traditional Investigations: CipherTrace