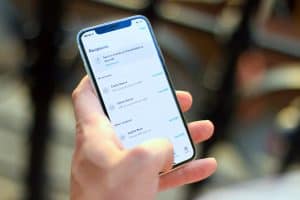 UK-based Fintech Unicorn TransferWise is reportedly expanding its debit card program into many new markets after entering a worldwide deal with payments giant Visa. Through the partnership, TransferWise will be connecting to Visa’s international transaction processing network (via the Cloud).

TransferWise confirmed that it’s expanding the debit card program that comes with its multi-currency account – which allows individual consumers and businesses to hold and convert between 55 different currencies at the “real” exchange rate. These new services will be rolled out in the Asia Pacific or APAC region, Europe, the Middle East, the United Kingdom and the US.

Typically, these types of initiatives and expansion efforts require substantial investments in domestic data centers that use specialized hardware and telecommunications infrastructure. These types of services also need coordination with local partners in order to adhere to various regional standards.

But TransferWise is the first company to test out the Visa Cloud Connect platform, which aims to offer a secure Cloud-enabled connection to VisaNet, which includes a single, unified certification and testing framework. It also has Visa-hosted security services like transaction encryption and PIN key management, along with simplified settlement in domestic markets.

Visa stated that the platform, which will be offered to other clients from August, aims to simplify global connectivity and testing. It has also been designed to reduce IT-related expenditure via seamless Cloud integration. The platform can also speed up the time to market for launching various programs in multiple jurisidictions.

“With Cloud Connect, we’ve created an approach that lets TransferWise tap into Visa’s global infrastructure — one of the most secure, reliable and resilient systems in the world — through a single integration. Through our work with TransferWise, we’ve created a blueprint for other Fintechs to quickly and securely connect with Visa’s massive scale and reach.”

“We’ve been working to remove borders in the world’s financial networks. Cards should work the same across borders too. In Visa we found a partner who shares our ambitions to make money work seamlessly no matter where you are.”