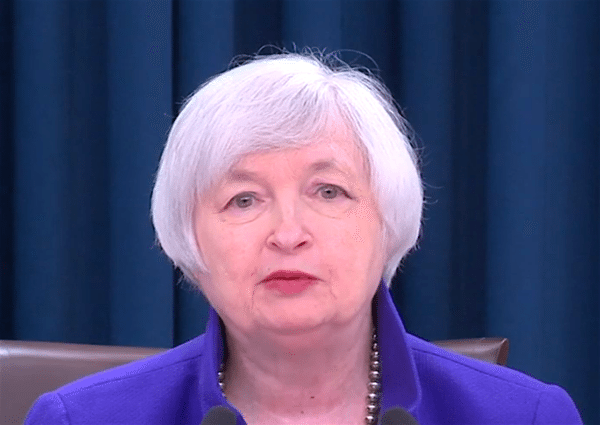 Dr. Janet Yellen was unanimously voted out of committee the Senate Finance Committee on January 22nd and approved by the Senate today in a vote of 84 for the nomination and 15 against (and one not voting). In being approved, Yellen became the first female Secretary of the Treasury. She was previously the Chair of the US Federal Reserve from 2014 to 2018. Dr. Yellen graduated from Brown University with a degree in economics in 1967, and received a Ph.D. in economics at Yale University in 1971.

The new Cabinet member will join the Biden administration at an important juncture as COVID-19 continues to vex the economy. Congress is gearing up for a new stimulus bill that will hopefully mitigate some of the fallout of the ongoing health pandemic but may further baloon the growing deficit.

At the confirmation hearing, Dr. Yellen was queried about Fintech and digital assets. In prepared remarks, she voiced her support for innovation in financial sectors but later went on to caution about the usage of virtual currencies for illicit activities.

Wall Street has been comforted by the Biden Administration’s decision to select a known establishment figure as opposed to an individual from the more radical side of the party.

“We congratulate Janet Yellen on her historic confirmation as the first woman to serve as US Secretary of the Treasury. The Senate confirmation recognizes Secretary Yellen’s distinguished record of public service and her dedication to ensuring the transparency and security of global financial markets. Her previous work as chair of the Federal Reserve, as president of the Federal Reserve Bank of San Francisco, and as chair of the Council of Economic Advisers established her as a leader in economic thought and finance policy. We look forward to collaborating with Secretary Yellen on the critical issues facing our industry and working together to protect the safety and stability of markets globally.”