Crypto VC Is Going through An “Explosive Phase” According to Meltem Demirors, CSO At Digital Asset Manager CoinShares 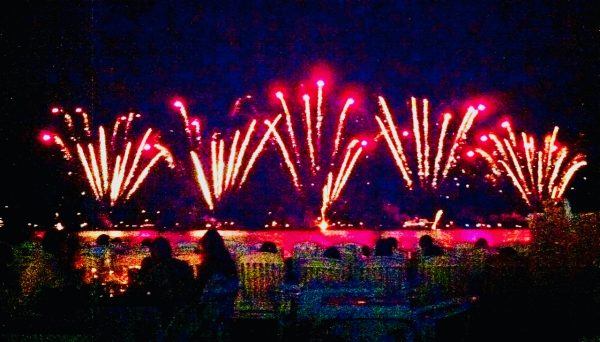 1/ crypto VC is going through an explosive 🧨 phase

Demirors, a Rice University graduate, points out that there are now large funds (>$500M AUM), a lot of smaller funds (<$50M AUM), and “tons” of prop firms and angels. Demirors claims that she’s done around 15 deals during the past few months as an angel and small fund at CoinShares VC. She recently shared her observations and implications via social media.

Demirors revealed that the big firms need to “deploy in size – $5M checks and up.” For example, a $250M fund “could do a $5-10M deal every month for two years and still be under-allocated” and there “aren’t enough companies raising series B / C / D rounds,” she revealed. She also mentioned that every deal she’s done recently has been “under $50M valuation.”

Demirors pointed out that we see companies “competing to take down entire rounds.” For instance, a recent Series A financing had two companies competing “to take down the ENTIRE ROUND, and it eventually got upsized, a LOT,” Demirors claims. She added that if a firm is “putting up user acquisition / growth and a revenue story, it’s highly competitive.”

She further noted that “most projects and companies don’t need money though – why would a founder take 20-40% dilution when they’re banking cash and crypto? so they do 5-10%.” She explained that “so the valuations go up, but available allocations go down, resulting in an even bigger squeeze on allocators who ‘need’ to deploy.”

“Add in the onslaught of non-crypto M&A that’s coming, which is culling the herd of investable unicorns. Add in the wave of SPACs and direct listings taking later stage opportunities out… there just aren’t enough places to put capital in size right now. What’s a fund to do?”

“Seed / Series A is ultra competitive – I’m trying to deploy as fast as I can across a wide range of companies, because many will not raise again or raise small rounds at crazy valuations but your pedigree and reputation matter – founders can be choosy since there’s so much money. Funds are rushing to add platform + services – something I built at the Digital Currency Group and continue to build at CoinShares – it’s a big differentiator! Perks include code audits, marketing, hiring support, research, etc. Expect to see this grow exponentially (it already has in traditional VC).”

Demirors also noted that firms are now becoming “more selective in how they raise and have more pools of capital available to them – many rounds now never hit the fundraising trail and once Coinbase IPO goes out at $50B+, even more capital is going to come hunting for ROI in crypto.”

She claims that it’s now “a founder’s market and there’s TONS of capital chasing too few deals…the crunch is going to get intense.”

She added that for investors, you should be careful and do your own research (always “down to trade deal notes”). She also mentioned that “for those thinking about starting a company… if you want to chat, don’t hesitate to reach out.” She claims that there’s “a great network of folks who have been funding this industry for years.”

She predicted that we’re getting ready to enter “a brand new era” of crypto VC and she couldn’t be “more excited.” As a final note for founders, she suggested being “choosy. raise less. demand more value! your investors work for YOU.”

In an interview with CI in October 2020, Demirors had confidently stated that cryptocurrency is “inevitable” and that we might see many bad policies from lawmakers (which some would argue we have seen already).

Southeast Asia based StashAway, a Digital Wealth Manager for Accredited Investors and Retail, Is Now Managing $1B in Client Assets