Paysend, a UK-based global payments platform, announced on Monday it has appointed Alexander Nicolaus as its new Chief People Officer. According to Paysend, Nicolaus has an “impressive” global and international career to date in Europe, China, and across Asia. He previously helped large corporates (Willis, Barclays, Jaguar Land Rover, and Accenture) and some start-ups in South East Asia with their people and culture challenges in this new era of digital disruption. 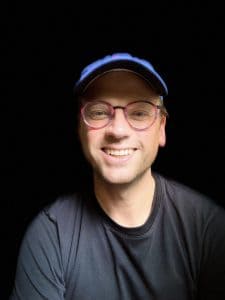 “2021 is predicted to be a game-changing year for the company, as the global expansion that has seen Paysend grow to 3 million customers in under 4 years continues. The added challenges of managing a remote workforce prompted the addition of Alexander to the team, in order to reinforce and reinvigorate the company’s culture and create a high-performance organisation despite the international working arrangement.”

“At Paysend we aim to set new industry benchmarks that will allow us to build the future of work by enabling our current and future employees to enjoy their work experience while performing their best work. I feel extremely fortunate and humbled to be entrusted with the People & Culture agenda at Paysend, and working closely with an already established and high-performing leadership team.”

Founded in 2017, Paysend is the global fintech company and payments disruptor based in the UK. It is on a mission to change how money is moved around the world.

“We are the next generation money transfer platform allowing you to send funds from card to card from 45 to over 80 countries.”