With 2020 making its way to the rearview, it can be helpful to look back and recognize some of the Kickstarter trends from a turbulent economic year.

Were crowdfunding projects still successful on the platform?

Were backers as active with their pledges?

In this article, I’m going to take you through some of the key statistics to note from 2020.

Hopefully, this will give you a better idea as to the state of the crowdfunding industry, and leave you more equipped to launch your dream campaign in 2021.

The onset of the coronavirus pandemic has had massive effects on the global economy. It’s affected nearly every industry; some more prominently than others.

In a blog post released in early September of 2020, Kickstarter claimed that despite the economic hardships experienced across the world, their data showed that backers were still “eager to support creative work.”

In fact, the funding success rate of campaigns rose from 51 percent from 46 percent in September 2020 as opposed to September 2019. 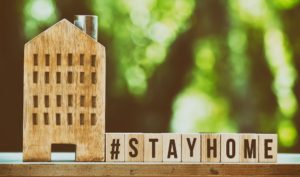 The number of visitors to project pages and percentage of visitors who pledged also “stayed consistent with what [Kickstarter] saw before COVID-19.”

The reasoning for this consistency on the platform despite worldwide trends will likely reveal itself over time. However, its pretty clear that backers using the platform are prioritizing their spending in the crowdfunding space.

At the beginning of coronavirus in April, project launches were down 25% from 2019. However, as entrepreneurs settled into the new reality, it appeared they gained confidence. By August, live projects were just seven percentage points below 2019’s August figures.

While project launchers were understandably hesitant in 2020, backers were as aggressive as ever.

Big Picture Outlook as of 2020

According to Statista, 38.21% percent of total Kickstarter campaigns have been successfully funded, with 191,977 entrepreneurs bringing new products to life.

While the Music Category has seen the largest share of successful campaigns with 31,688 successfully funded projects, most of those have come from smaller campaigns with goals to raise between $1,000 and $9,999.

The big hitters are the Games, Design, and Technology categories, which capture by far the largest share of projects that raise at least $100,000.

Only .08% (or 1 in every 1,250 campaigns) have reached the million dollar threshold on Kickstarter. 92% of these campaigns come from the Games, Design, and Tech, with those categories having 133, 122, and 95 projects raise $1 million or more, respectively. 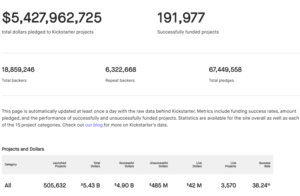 In total, over 500,000 projects have been launched on Kickstarter to date, raising in excess of $5.4 billion dollars.

The platform continues to boast over 18 million total backers from around the world and nearly 64 million total pledges over the years.

There were some campaigns that really stood out in 2020.

From the inside-out seed planter Terraplanter that raised almost $6.4 million from over 55,000 backers, to the full gym in your hands OYO Nova Gym that pulled in over $4.4 million from 26,000+ backers, these projects now rank among the most successful campaigns of all time.

While no 2020 campaign raised enough money to crack the top 10 in terms of funding in the platform’s storied history, that’s not to say that it was a down year. 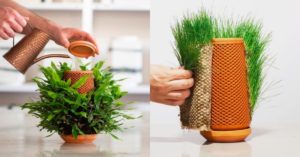 Some other notable campaigns to mention:

Studying these campaigns is a great way to get ideas for your own campaign. Can your product top the charts in 2021? The only way to find out is to launch!

The Kickstarter landscape was a little bit different in 2020, as smaller projects were much more prevalent and successful.

This is largely due to measures taken by Kickstarter like their launch of Inside Voices, an open call for small projects made from home. This highlighted creators with quarantine-friendly offerings, launching over 130 projects mostly from first-time creators.

But the innovation didn’t stop there.

Saint Vintus, for example, raised over $130,000 to keep their metal music venue open through lockdown. 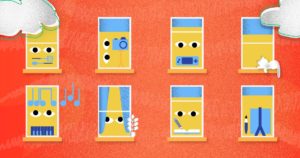 This prompted Kickstarter to launch Lights On, a program dedicated to sustain cultural spaces, event series, creative organizations, and independent businesses through the hard times.

Under the Lights On Banner, over $1 million was raised to keep these spaces alive.

The ENOUGH of Trump campaign also raised almost $200,000 to place artist-designed billboards in swing states for the 2020 election. Who knows—this campaign may have played some sort of role in the outcome of the election!

While 2020 was an overall turbulent year, especially economically, Kickstarter and the crowdfunding industry as a whole remained rather healthy.

We saw a ton of successful campaigns, new programs that benefited small projects and businesses, and increased campaign success rates.

Looking forward to 2021, there doesn’t appear to be any signs of the industry slowing down!

Are you thinking about launching a Kickstarter campaign yourself? 2021 might just be your chance!

Schedule a free coaching call with me to chat about it and check out my YouTube Channel and Podcast for all the best tips and advice on Kickstarter best practices.